You know what one of my favourite things about cocktails is? The happy accidents! The times where you mistakenly pour in rye instead of bourdon or you run out of one ingredient and sub in another just to discover (again) that necessity is the mother of invention. This is how many a cocktail have been born in our home.

For example, last week I was warming up a pot of mulled wine, following a classic Martha Stewart recipe. I had forgotten that I wasn’t working with a full 750ml bottle as I had used a bit for cooking earlier that day. As I added in the ½ cup of honey the recipe called for, I quickly realized that it was going to be way to sweet. Without a second bottle of wine on hand to balance it out, I decided the only logical answer was more booze- and not more of the brandy the recipe already called for. No! I decided what this simmering pot of spiced goodness really needed was bourbon. And somehow the minimal additional just pulled all the ingredients together beautifully.  I’m sure I’m not the first person to modify their mulled wine with a bit of whiskey and I certainly won’t be the last. But going forward, a splash of bourbon will always be included in my mulled wine recipe! 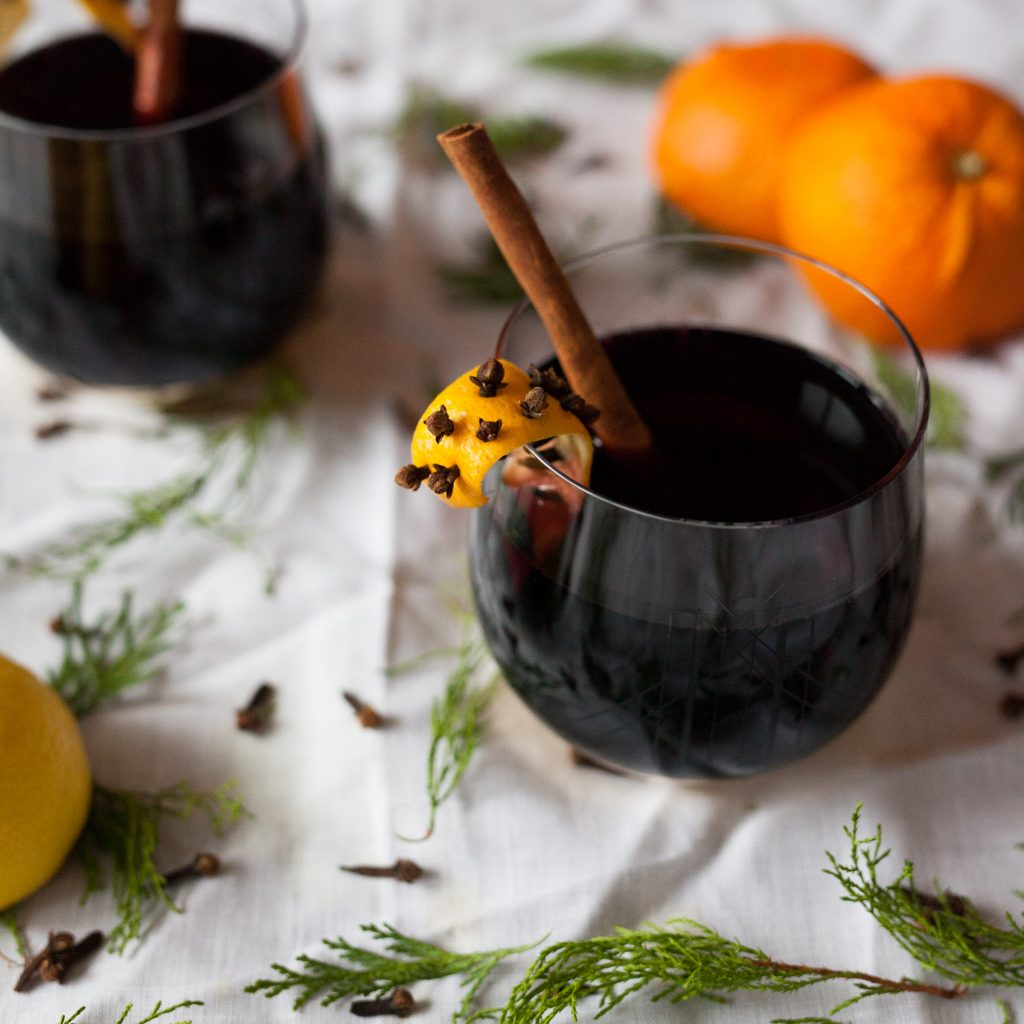 Combine all ingredients in a pot over medium heat. Once it begins to simmer, reduce to medium low and allow to slow simmer for 30 minutes. Strain out spices and peels. Serve in a mug or glass. Garnish with a cinnamon stick and a clove-studded orange peel.

I recently had a conversation with someone who said they thought PDT was no longer a bar. Not that it isn’t monumentally important, but…