Folks, it’s stone fruit season. Don’t let these precious weeks pass you by without incorporating some of this amazing fruit into your cocktails. For me, it’s cherries. If you’ve been following the blog for a while, you’re probably aware that an Old Fashioned is my go-to cocktail and therefor, quality cherries are essential. For the second year in a row, I’ve made brandied cherries at home and while messy and time consuming, it’s so worth the effort. The batch I made in summer 2017 has lasted me right into early summer and I expect this batch will do the same. 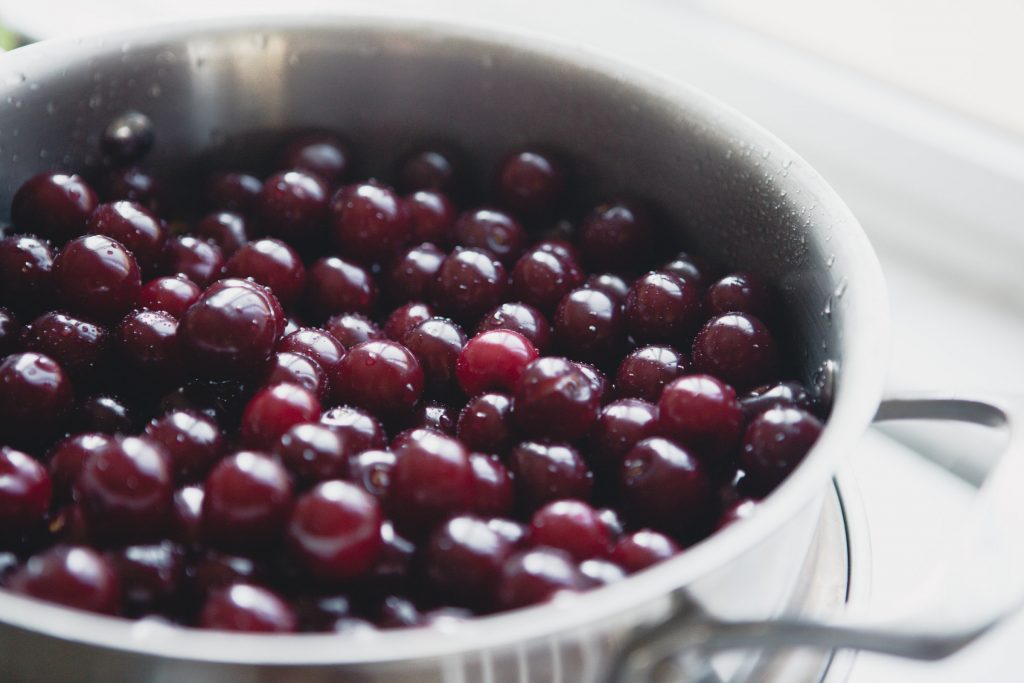 I’ve taken my recipe from the owner of Teardrop in Portland, Oregon- Daniel Shoemaker. The cherries are steeped in a very boozy mix of brandy, bourbon, rum, cinnamon, allspice, juniper berries, lemon and star anise. Again, pitting 5lbs of cherries will eat up a couple of hours but I promise you, it pays off. Pro-tip- don’t wear anything white while doing this. It will ruin your favourite t-shirt…. 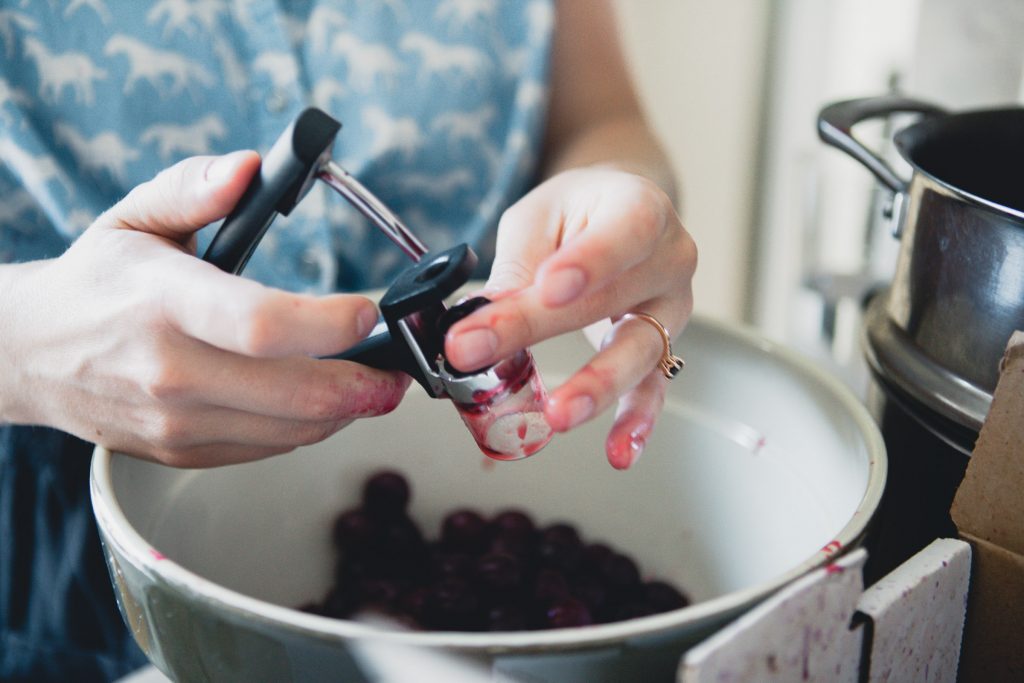 To start, you’re going to need to sterilize some jars. There are a million excellent tutorials on the subject. I’m partial to Martha Stewart (ignore the second part re: sealing).

Pit cherries using a cherry pitter and set aside in a separate bowl.

Combine your spices in a cheese cloth tied at the top or a mulling spice ball if you have one. Set aside.

In a large pot, combine sugar, water and lemon juice. Bring to a simmer and stir until sugar is just dissolved. Add the spice bundle and continue to simmer for about 5 minutes.

Add the cherries and stir using a slotted spoon. Continue until the cherries are thoroughly soaked in syrup and warmed through. Return the liquid to a low simmer and add brandy, rum and bourbon. Once the mixture is warmed through, remove from heat.  DO NOT boil the liquid as you don’t want to cook off the alcohol.

Using a slotted spoon, pack cherries into your prepared jars. Tap the jar on the countertop lightly to ensure fruit is packed with minimal air gaps. Ladle syrup into the jars up to about half an inch from the rim. Screw jar lids on. Allow to cool and for the seal to form (you’ll hear a pop). Tighten the rings on all your jars.

*If you have extra syrup leftover (which likely you will), I highly suggest keeping it and using it in a few cocktails in the following weeks. I’ve been using it in place of Cherry Heering in a few recipes and it’s been a lot of fun to play with. 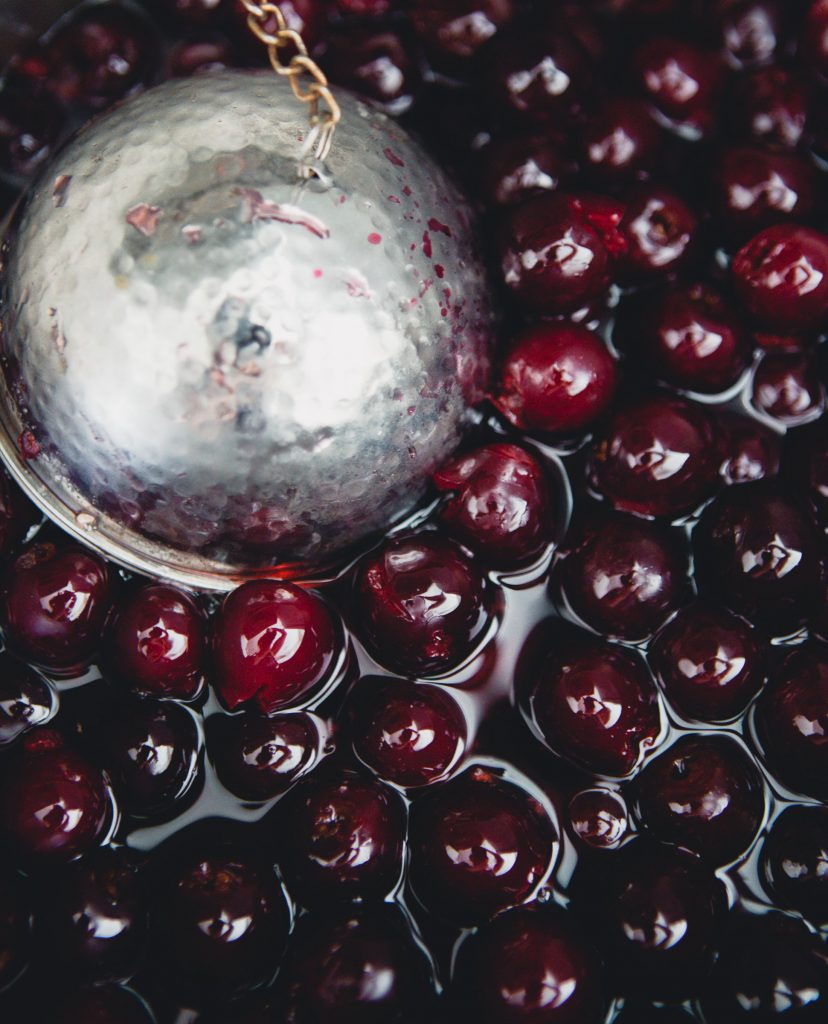 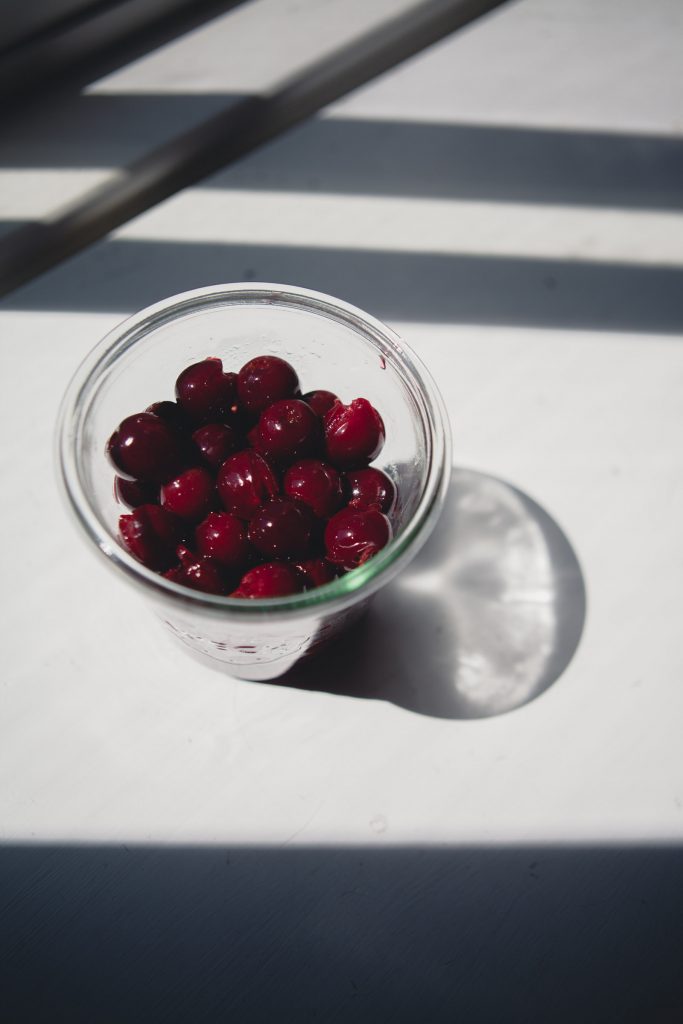 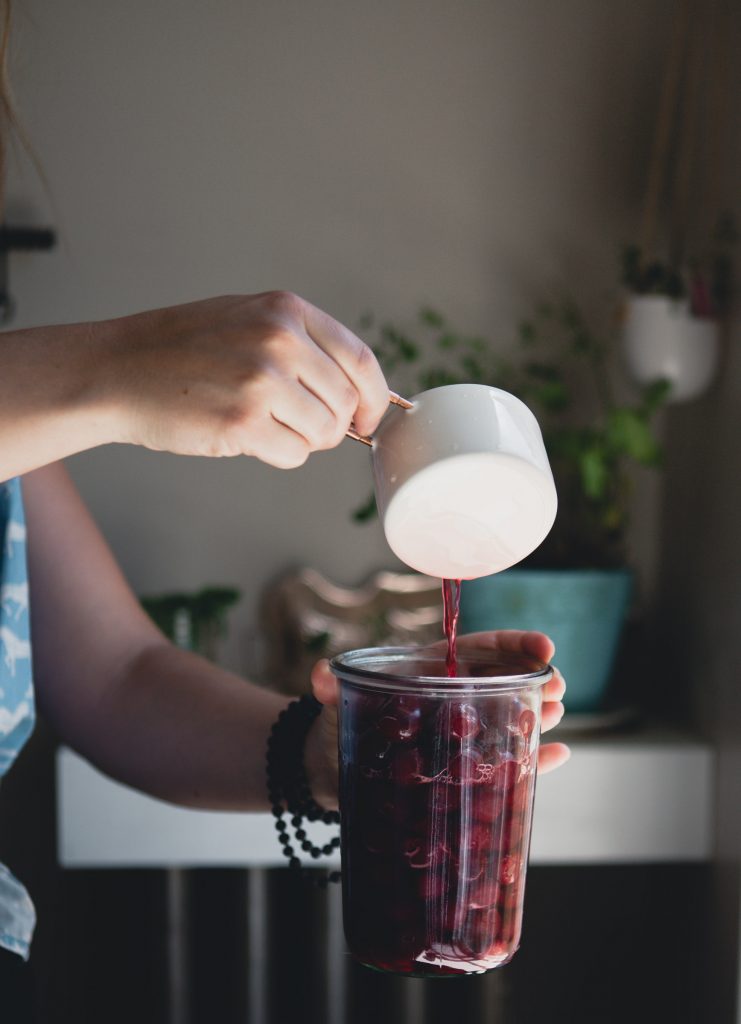 Cocktail Of The Day (because it’s always cocktail hour somewhere in the world). And this week, I do believe the best cocktails hours are…