Before Katie Ingram became an award-winning bartender, she was an aspiring performer. She studied performing arts and has a wealth of accents she can pull out of her back pocket at anytime (just ask her, she’s usually more than happy to oblige). 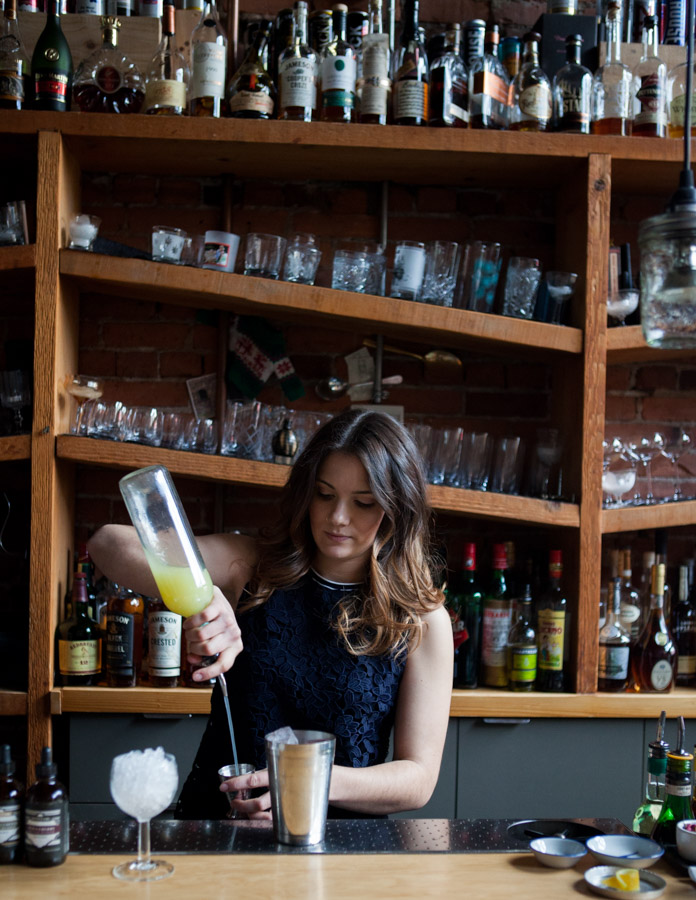 But in more recent years, the bar has become her stage and she has mastered the art of hospitality. From Clough Club to UVA to L’Abattoir, Katie has honed her craft and slings a mean cocktail. We sat down to talk about her love for the negroni, her affinity for Mariah Carey and ambidextrous aspirations. 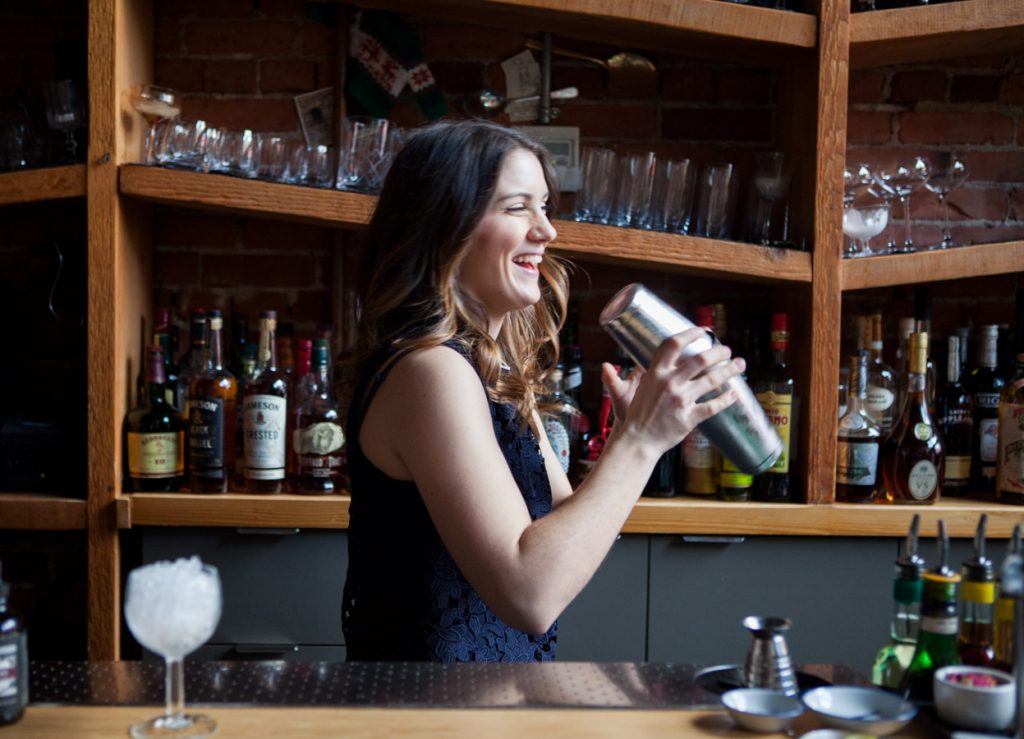 Rickard’s Red. I was definitely 7 or 8 and I was at the cottage in Minden, Ontario with my dad and his best friend and they were playing darts. I thought it was disgusting but obviously I went in for one more because I thought if they’re drinking it, i gotta drink it. I gotta figure out how to like it.

A performer. A singer.

Was there a specific moment, experience or conversation that made you decide to make a career of bartending?

I feel like it happens all of the time. It just gets reaffirmed into my body that you’re doing the right thing by enjoying what you’re doing and putting forward the best version of yourself in creating an experience. I’m obsessed with hospitality and taking care of people. Ever since I was younger I’ve always gone out of my way for my friends and that shows while I’m a bartender. But as for maybe a specific moment, it’s like another stage for me as a performer.

I kind of worked a little bit at Clough Club but started to take it more seriously when I started at UVA.

If you could only have a 5 bottle bar, what would you 5 bottles be?

It would be Campari, Talisker Ten, Laird of Fintry Okanagan Single Malt, some form of Mezcal and Amaro Sibilla which is a honey-based amaro. They use meed as the base and it’s bitter herbs and flowers. Right when you smell it, it smells like it’s going to be super sweet. You get the honey and the flowers and the vanilla, coffee, chocolate. You taste it and you’re like “Oh my God, it’s so sweet.” And just as you decide to swallow it smacks you in the face with bitterness. It finishes like Fernet- super dry, super bitter. It totally plays with your mind.

What is your death row drink?

Probably The Savoy because it has the most ridiculous recipes ever and it’s a part of history and it’s a lot of fun to read.

Probably one of the Flavour Bibles.

If you could make one cocktail for anyone dead or alive, who would it be and what would you make them?

It was be Stephen Sondheim, hands down. I don’t know what I would make him because Stephen Sondheim makes incredibly intricate music. I would almost want him to show me a piece of music and then I would create a cocktail inspired by the piece.

If your best shift behind the bar had a theme song, what would be playing?

A sound or noise that you love.

A sound or noise that you hate.

You know when people blow on your neck and what the blow would sound like?

A profession other than your own that you’d like to attempt?

Sales and marketing. I feel like I would excel at those thing.

A job that you would hate to do?

Being a telephone marketer.

If God exists what would you like them to say when you arrive?

To be able to write with both hands.

Who is your favourite fictional hero?

Ariel from The Little Mermaid. She breaks boundaries.

Which historical figure do you most identify with?

Probably a piece of art that my best friend made for me. It’s two actresses sitting on a window sill, and she’s put the nebula in the background. She gave it to me for my birthday five or six years ago.

If you could only be known for one cocktail you’ve ever made, what would it be?

Shake all ingredients over ice. Strain into a coupe and garnish with a lemon twist. 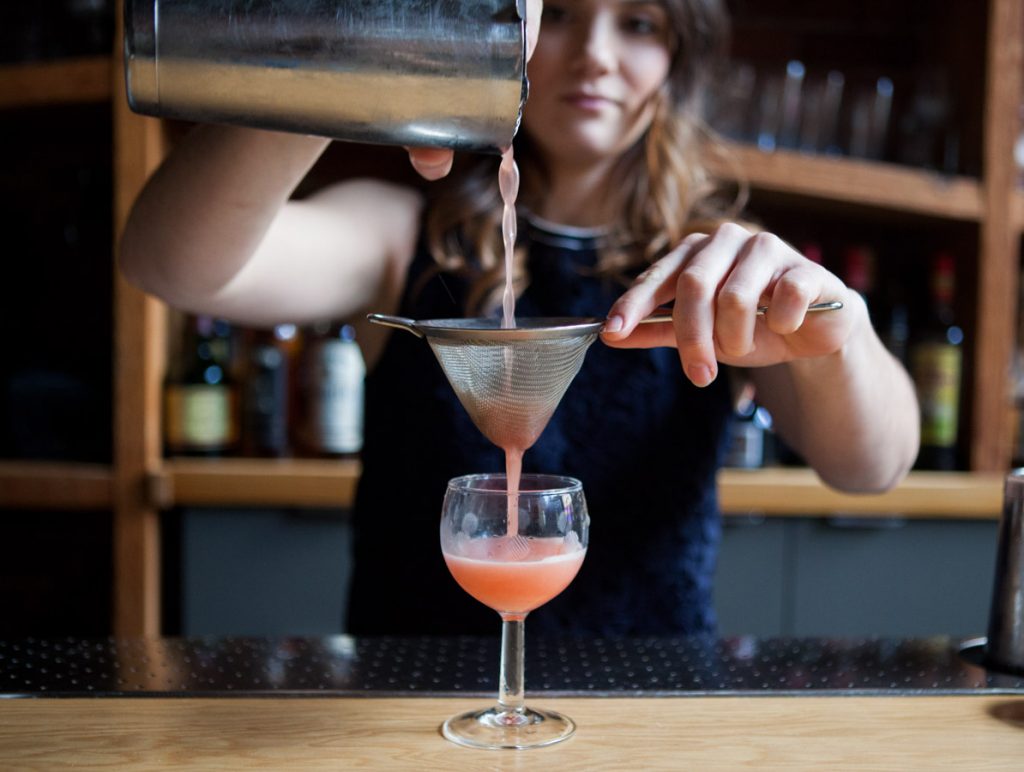 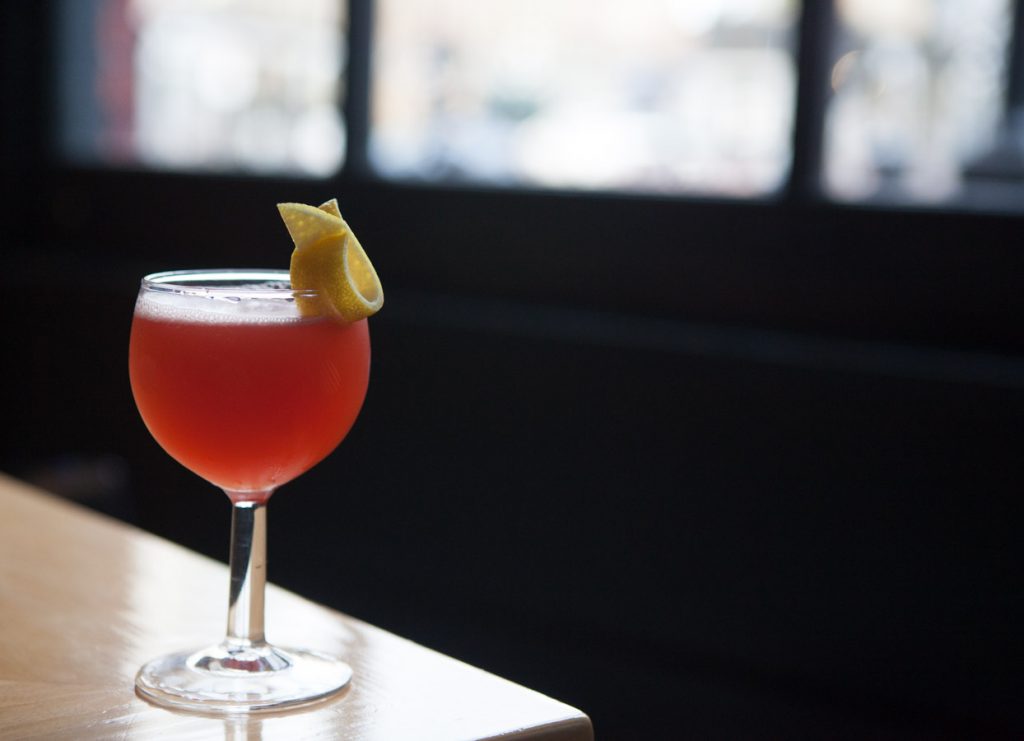 About a year ago, I had the privilege of sitting down with Sean Hoard of Portland’s The Commissary. It was my very first live,…