About a year ago, I had the privilege of sitting down with Sean Hoard of Portland’s The Commissary. It was my very first live, in person interview and to date, one of my favourites (am I allowed to say that?). Sean spoke fondly of his years spent working at PDT and then Teardrop Lounge in Portland. I happened to mention that I had yet to visit Teardrop despite my many trips to the city. I was later told by a friend that I a) shouldn’t have said that b) it made me sound like an amateur and most importantly c) HOW HAD I NOT BEEN TO TEARDROP? 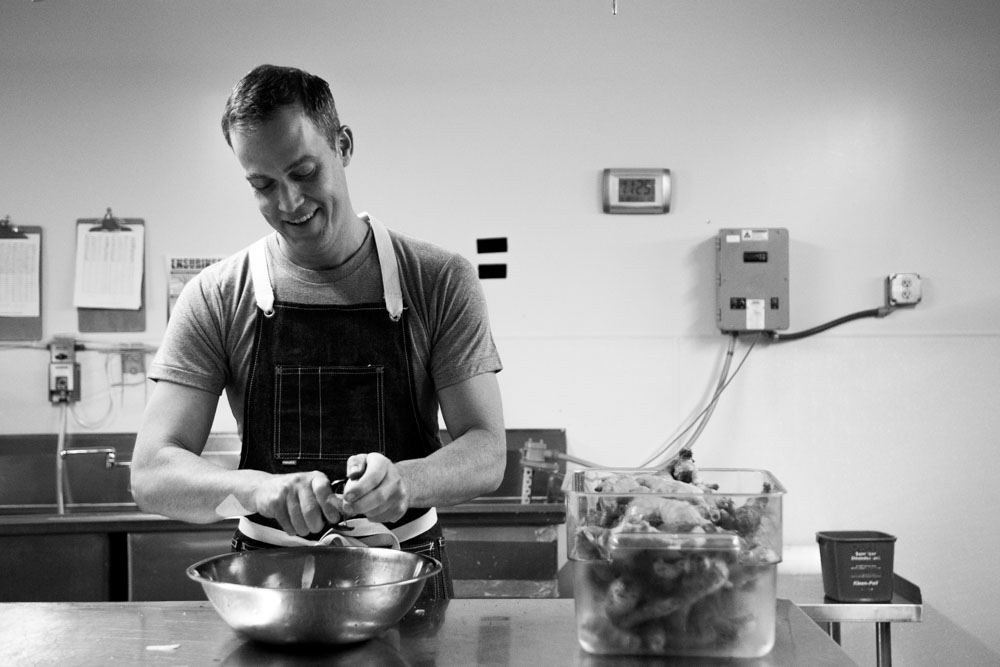 In retrospect, I understand her concerns. Teardrop is a Portland cocktail institution after all and despite it’s reputation, I had neglected to visit. Rest assured, however, I rectified my mistake that very night and quickly saw the error of my ways. Because Teardrop is one of those unicorn bars that actually lives up to the hype. Staffed with a bar team that takes their work but not themselves too seriously, the result is a lovely synthesis of thoughtful cocktails and carefree swagger. 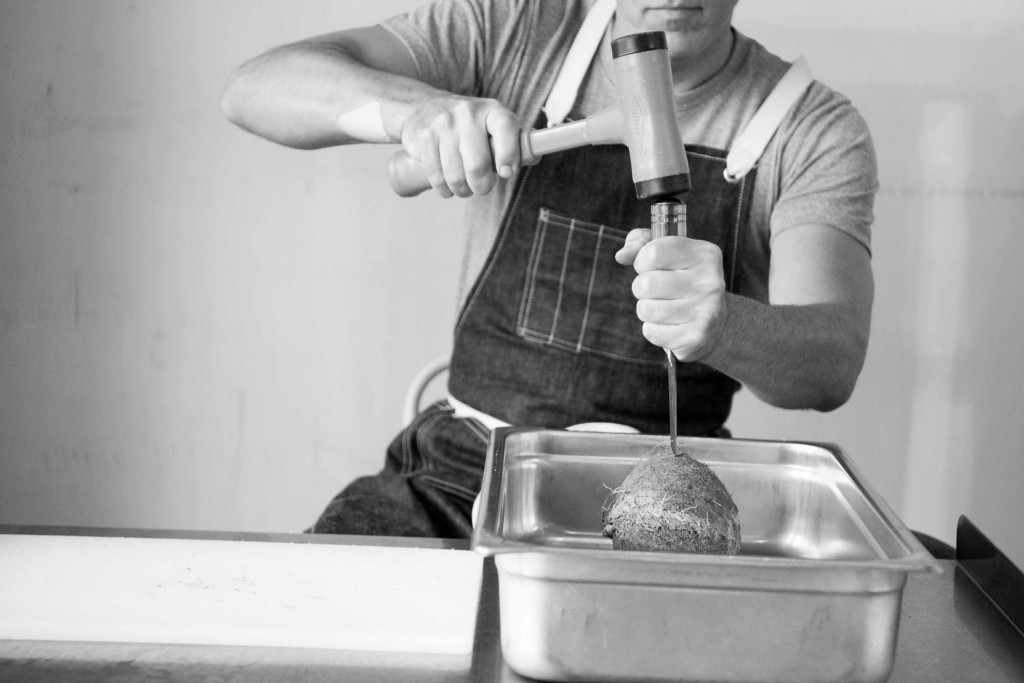 Teardrop is the cocktail brainchild of it’s owner, Daniel Shoemaker. The bar is the culmination of 14 years of experience in bartending and hospitality. Shoemaker also happens to be the other half of The Commissary and the business partner of the aforementioned Sean Hoard. The night before my sit-down with Shoemaker, Sean asked me if I was excited for the interview. I said that I was and in retrospect, I should have been more emphatically so. Also, I should have been ever-so-slightly terrified considering it was the first time I had my own interview questions turned on me (a story for another time). Honestly though, how was I supposed to know that the dude was going to find a way to incorporate Leopold Bloom, Pontius Pilate and the word “cockbag” into a single interview?  And on that note, let’s just get right to it, shall we? 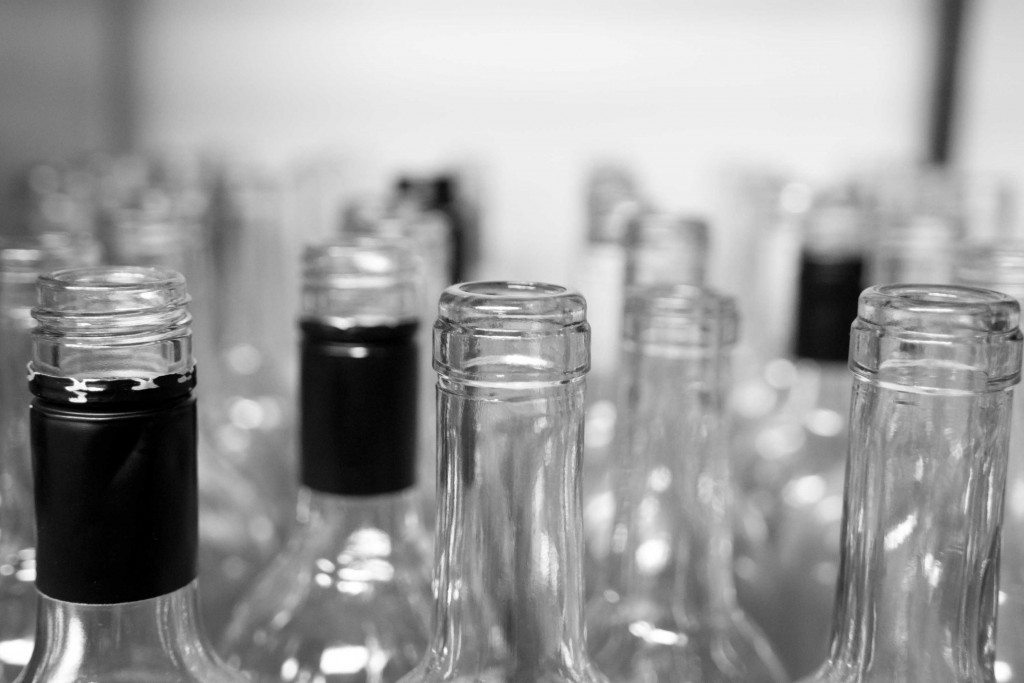 Sussurance. It’s a great word. I read a lot of poetry when I was younger and sussurance was one of the words I came across. It’s like the sussurant sound of the waves. It has aspects of sibilance but there’s just a definite pleasant, docile and peaceful aspect to it. Sussurance or Selah. Selah is an untranslatable Hebrew word from the Psalms. When David was writing the Psalms there’s this break and selah is that peace. I almost named the bar Selah.

What sound or noise do you love?

What sound or noise do you hate?

Nails on a chalkboard.

What profession other than your own would you like to attempt?

Classical pianist. Actually, I have a second answer for that. Have you seen Like Water For Chocolate? I’d like to be a ranch cook.

If heaven exists, what would you like God to say when you arrive?

Piano. I used to play but we moved around so much that it got lost in the shuffle.

What is your favourite fictional hero?

Leopold Bloom from James Joyce’s Ulysses. He’s the Wandering Jew that defines the entire book. He’s great. He’s my favourite because of the way he encounters not even struggle or loss but cuckoldry and failure. The realization of his ongoing failure. I think everyone always assumed I was Steven Dudless. He was the hero of A Portrait of the Artist as a Young Man who carries over to Ulysses. So my nickname in college was Jejune Jesuit because it sort of has this morose aspect to it. But Leopold Bloom manages to keep his head up in spite of all of the mocking.

Which historical figure do you most identify with?

I’d like to say Ghandi but there’s nothing true in that. Pontius Pilate. His treatise when he interviews Jesus- it’s almost like Hamlet’s paralysis because he’s forced into a decision and his entire discussion is on the nature of truth and perception. He’s forced to make a decision that he doesn’t want to make. That was a bizarre answer but that’s probably true. Someone asked me the other week, when was the last time that you or anyone you know was forced to make a moral decision and that’s generally true with the society we have these days. I feel like when you are confronted with what you see as the perception of truth versus what other people are going to perceive, that’s much of what defines your character.

If you could choose what to come back as in your next life, what would it be?

A dolphin if it’s any other thing. Any other person, that’s harder. I think i’d like to be someone who governs. That level of being able to care and cultivate for that many people on a larger scale, there’s such a high nobility. I know it’s always pie in the sky but that’s why I watch West Wing every election cycle, especially the last season and a half. Everyone involved on that show wants to govern because they think they can do it well.

Rittenhouse Rye, Cazadores Reposado Tequila, Dubonnet Rouge (the real stuff), Tanqueray Malacca, Glenrothes 16 Year. That’s always been on my backbar. I’ve always had a special place in my heart for that scotch. To me it gently touches every aspect of scotch that you think each region is supposed to have but in this really elegant synthesis. It’s just that pleasant, perfect union of every note I want to hit.

Vodka Redbull. With vodka Redbull or an Incredible Hulk, you feel like you can just take on the world. That’s the virtue of those cocktails. So if you know you’re headed to death row, you’d want that feeling of  “Alright! Let’s go!”

What’s the one cocktail book that should be behind every bar?

What’s the one non-cocktail book that should be behind every bar?

If your best shift behind the bar had a theme song, what would it be?

It’s one of two songs and they’re both funk. The first would be Bill Withers Kissing My Love. The other would be Nina Simone’s Funkier Than a Mosquito’s Tweeter. Bill Withers Kissing My Love is the song I use when I’m teaching bartenders to shake. There has to be a rhythm to it. When I teach them, there always has to be that soul. I tell them to pick whatever song they want. There’s always gotta be a song in your heart and your head. And then I have them start shaking and learning to shake to Kissing My Love. It has the perfect base beat to it.

Before Katie Ingram became an award-winning bartender, she was an aspiring performer. She studied performing arts and has a wealth of accents she can…