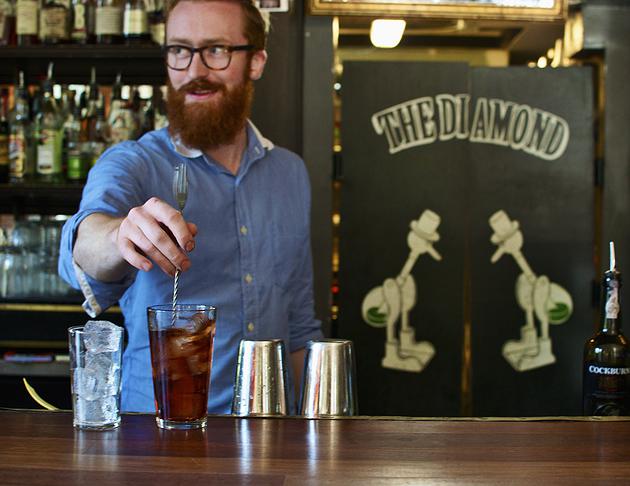 Well folks, as summer has found a way to linger into October, so too has our summer series of bartender interviews ambled into the autumn months. But as the warmth gives to way crisp fall afternoons, I thought it appropriate to share our final interview of the The Bartender’s List.

Our concluding installment is brought to you by none other than the formidable Thor Paulson of The Diamond (Don’t ask him about his name. More on this below). I first came across Thor when he was competing in the Pere Magloire Fine Calvados Cocktail Contest at Uva Wine Bar in February of this year. About a month later I shared a classroom with Thor as we completed our Certified Specialist of Spirits course (Thank God he was there! He seemed to know all the answers). 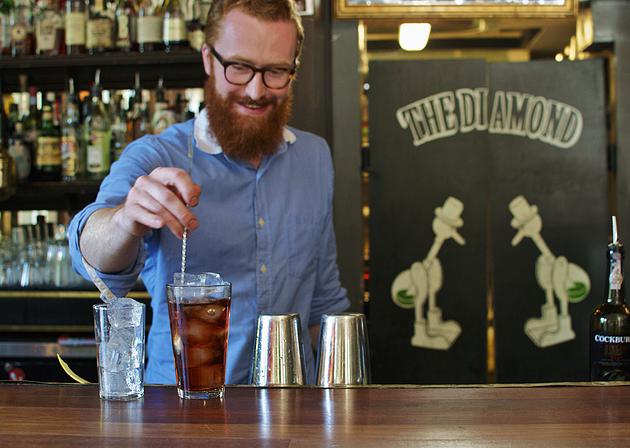 I crossed paths with Thor next at Wildebeest. And then again behind the bar at The Diamond. It was a rather busy Thursday evening and while I wanted to ask Thor for an interview, he was tending a packed bar. So I did what any writer would do. I wrote him a note (wherein I explained that this was not a pick-up attempt and asked him to get in touch if he was down with the cause). Low and behold! Our final interview was born. 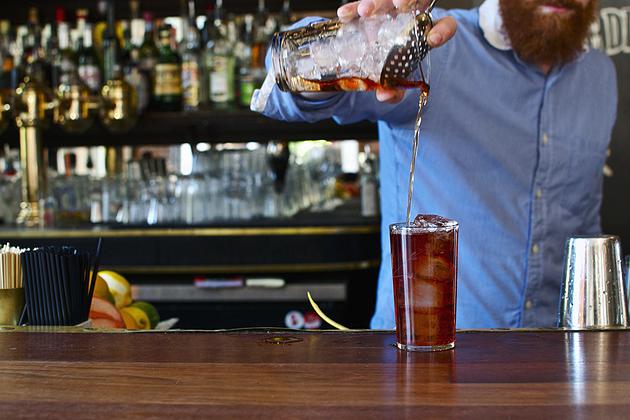 Thor is a thoughtful bartender. It’s apparent in his craftsmanship, his attention to detail, his precision. He has done his research and honed his craft with a remarkable level of skill. Thor rather playfully notes (as you will read below) that he would have liked to have the opportunity to cut off Charles Bukowski. I wonder what Bukoski would have to say about that…. 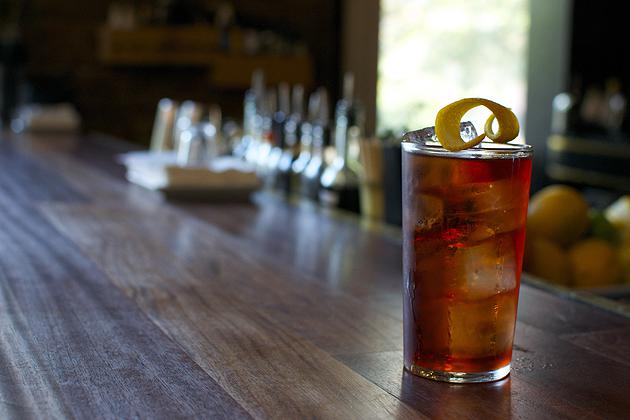 1) How long have you been bartending?

A year and a half.

2) Where are you currently working?

The Diamond, a cocktail bar and restaurant in Gastown.

3) What was your first sip of alcohol?

A sip of warm Budweiser at age 5. First cocktail was a Rob Roy at age 13 (after my mother bungled an order for a Roy Rogers).

4) If you could only have a 5 bottle bar, what would they be?

5) What is your death-row drink?

A 50 oz. “Double Gulp” cup filled to the brim with a Ramos Gin Fizz (it would buy me some time). A bourbon sour with lots of egg white or a Negroni would also be delicious.

6) What is one rule you wish all patrons would follow that you’re not allowed to make?

Please don’t make any jokes or comments about my name being Thor, I know it’s unique and I’m glad you enjoy it, but I’ve heard it all before.  A simple “Hey, cool name.” will suffice. Yes, it’s really my name. And no, you can’t see my driver’s licence. My hammer is right here, I use it to crush ice. No it’s not short for something. Yes, it’s spelled T-H-O-R. Yes, I’m Norse, Icelandic to be exact.  No it’s not a nickname. I’m not cool or tough enough to have gotten this name any other way.

7) On your night off, if you could sit at any bar in the world, what bar would it be?

Drew Mcguire of Wildebeest, there’s something special about drinking at a bar you used to work at. I’ve never gone to any of the big cocktails bars in NYC or London, so that would be pretty cool too.

8) The album that would capture the feel of your dream bar?

9) The one cocktail book that should be behind every the bar?

The Savoy Cocktail Book by Harry Craddock or The Bar Book by Jeffrey Morganthaler. The Joy of Mixology by Gary Regan doesn’t need to be behind the bar, but the bartender definitely should have read it.

10) The one non-cocktail book that should be behind every bar?

Tasting Beer by Randy Mosher. The Oxford Companion to Wine by Jancis Robinson. The Flavour Bible by Karen A. Page and Andrew Dornenburg.

11) Three words that best describe your approach to cocktails

I made a patron a French 75. When I went to offer her another drink, she told me her cocktail was too smooth and went down too easy. She wanted the same drink but less balanced. This posed an interesting dilemma whereby making the cocktail wrong, I was actually making the cocktail right as it was to the customer’s specifications. We need a philosopher to really figure this one out.

13) If you could make a cocktail for anybody, dead or alive, who would it be and what would you make them?

Ernest Hemingway, whatever he wanted. I’d also like to cut off Charles Bukowski.

14) If you weren’t a bartender, what would you be?

16) If your shifts behind the bar had a theme song, what would it be?

17) Who currently has the best bartender facial hair in town?

Scott Marshall of the Revel Room has a beautiful beard.

It’s a pretty entertaining and kitschy film. It really shows how far our profession has come. That “Last Barman Poet” monologue gets me everytime. I only saw it after I started bartending seriously, so it didn’t influence my decision to go into the trade.

19) One drink on your current cocktail menu that everybody needs to try.

The Diamond Fizz. It’s a Pisco Sour with vanilla and orange blossom water topped with lager. Simple and delicious. The day after we finalized our new list, I came in and ordered one. That never happens!

20) What is your favourite three-ingredient cocktail and how do you make it?

The Negroni. If it’s for a customer, it’ll be 20ml each of gin, sweet vermouth, and Campari. Stirred on ice, then strained into a rocks glass filled with ice. Garnish with an orange twist.

If it’s for my own consumption? Dump 30ml or so of each ingredient into an Old-Fashioned glass filled with ice, stir with my finger, and garnish with a grapefruit twist. 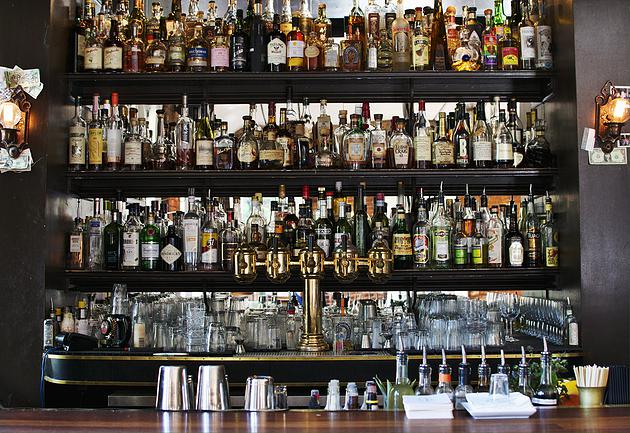 Cocktail Of The Day- (because it’s always cocktail hour somewhere in the world). And because it’s been awhile, I decided our return should be…