For those of you that know me personally, you’re probably aware that Blair adores Christmas. For those that don’t, coles notes- my husband is a Christmas fanatic. The man hates musicals at any other time of year but insists that we watch White Christmas every December. From December 1st onwards, all that plays in our house are Christmas Carols and classic holiday films. The scent of mulled wine wafts throughout our apartment on the daily. We cut down our own tree, we decorate to the nines.

In my gut, I think his love of Christmas is more about tradition than the holiday itself. And last year, for our first Christmas as a married couple, Blair started a few new traditions of his own- one of which involved reading Charles Dicken’s A Christmas Carol. Inspired by the Christmas classic, Blair decided to create a drink in honour of the ghost of Jacob Marley. It was this dark, spicy, festive combination of Highland Park 12, Applejack, Allspice Dram and Vermouth. We drank it all through the holidays.

This year, Blair not only re-read a Christmas Carol, he decided to develop three more cocktails in honour of Dicken’s trifecta of holiday ghosts. They are all inspired by classic Christmas cocktails, but he brought a personal touch to each. I asked Blair to write a little about the inspiration behind each recipe. So please enjoy A Christmas Carol told in four cocktails.

This cocktail, originally conceived over Christmas 2013, was an attempt to play with classic Christmas flavours without being overly sweet. Like Jacob Marley himself, it starts out stiff and bitter, and finishes mellow and sweet. Although it drinks well made to order, this year we decided to barrel age our Marley’s Ghost to further allow the flavours to come together. Should you choose to do the same, don’t leave it too long in the cask or you risk masking the smoky, peatiness of the Highland Park.

Stir the above on ice, serve neat with an orange twist. 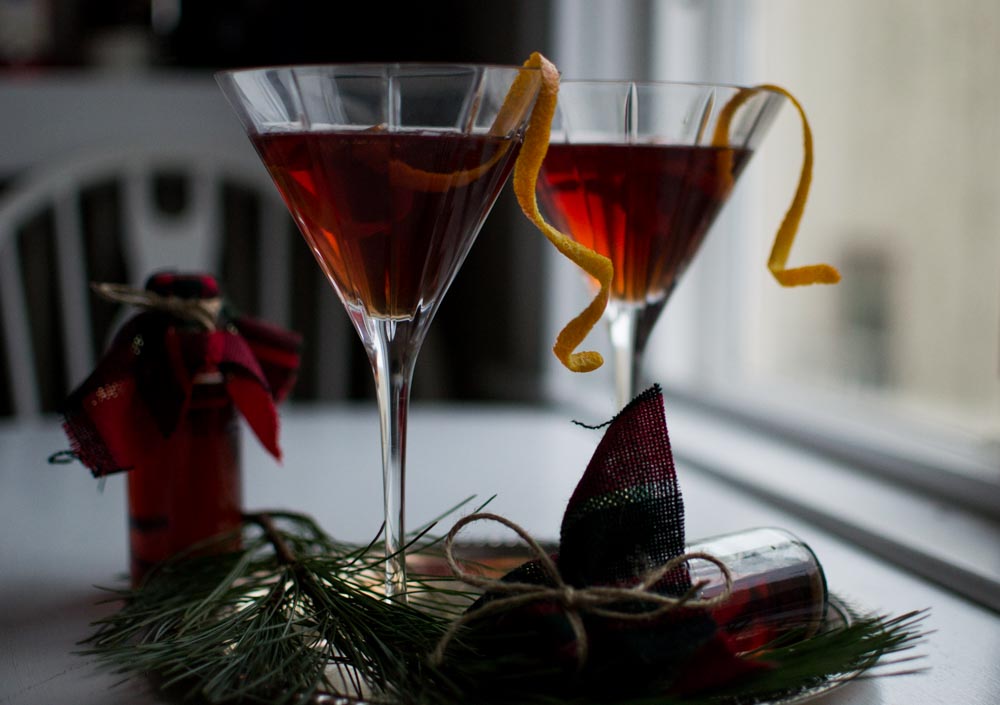 Ghost of Christmas Past

“It wore a tunic of the purest white; and round it’s waist was bound a lustrous belt, the sheen of which was beautiful.”  The Ghost of Christmas Past takes Scrooge on a journey through his own Christmas memories, specifically those he had forgotten he enjoyed. To play off of this we wanted a cocktail that was a little bit retro, and one you yourself may have forgotten you enjoyed. Our play on a classic White Russian pairs Vodka and Kahlua with Eggnog instead of cream.

Serve over ice, top up with Eggnog. 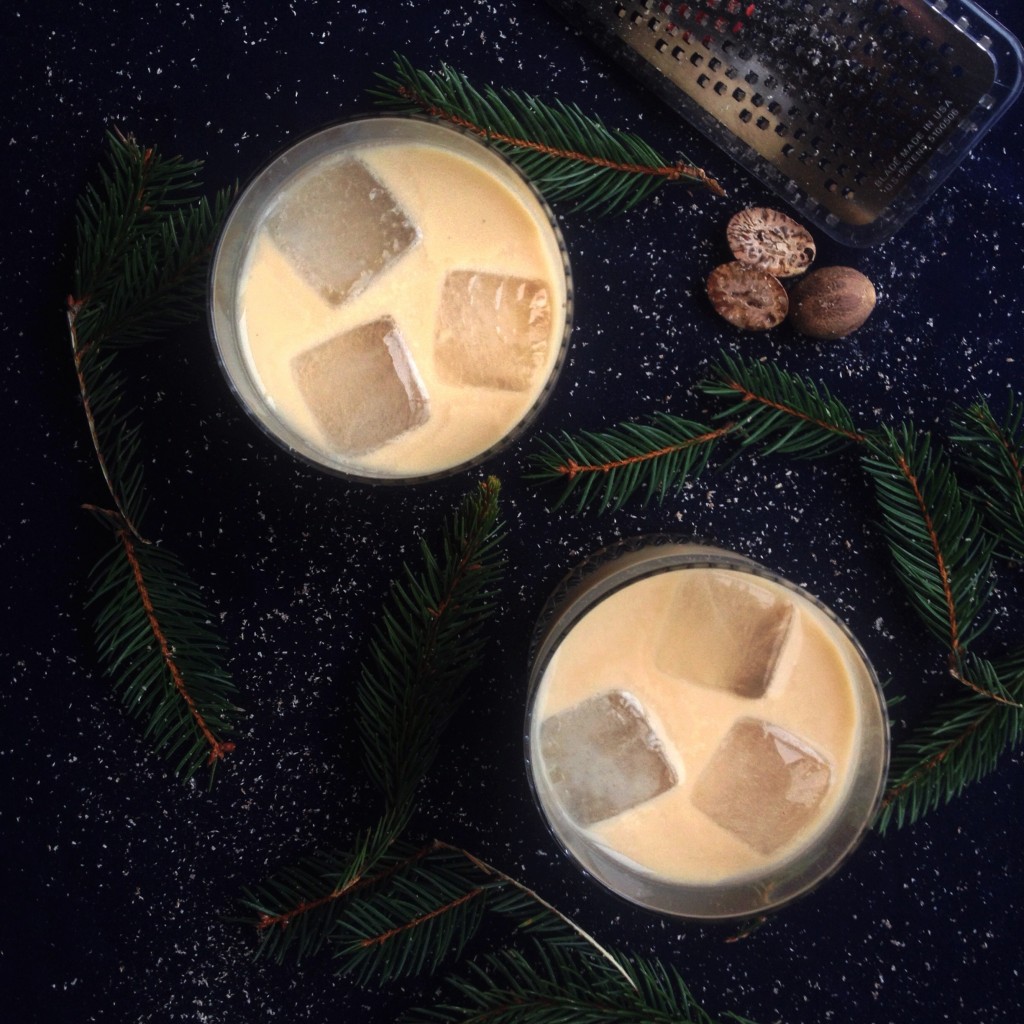 Following a spectral light creeping beneath his sitting room door, Scrooge discovers a massive feast spread about the room, topped off with “seething bowls of punch, that made the chamber dim with their delicious steam.” Reclining amidst the feast, The Ghost of Christmas past is a kind of cross between Santa Clause and Dionysus. Drawing on the image of the steaming punch, we settled on this variation of a Negus, a hot classic mentioned specifically by Dickens. We have added an ounce of Mezcal to fill out the profile add depth. The Smoke lingers on the palate reminiscent of the large burning torch the spirit carries to light his way.

Combine the above in a mug, top with 4 ounces boiling water. 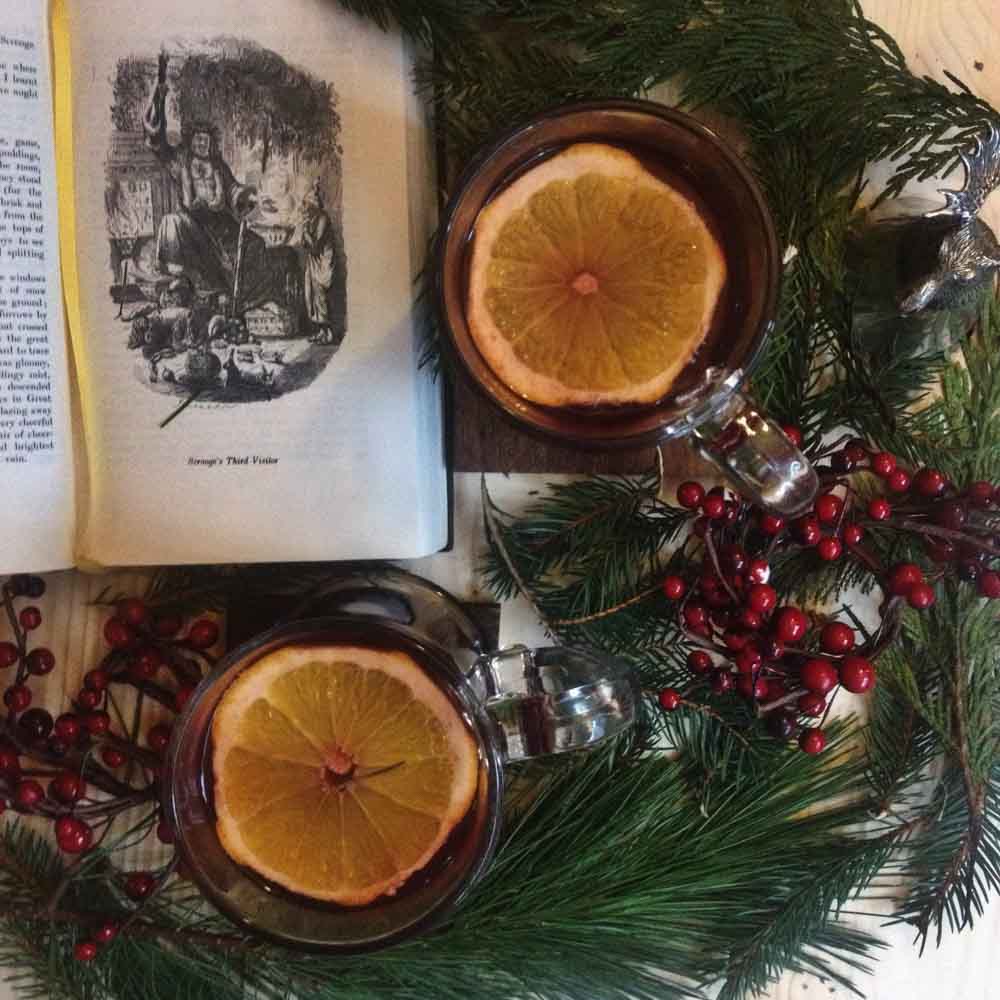 In contrast to the jolly, comforting spirit of the present, the Ghost of Christmas Future is the sternest and most intimidating of Scrooges guides. “It was shrouded in a deep black garment, which concealed its head, its face, its form, and left nothing of it visible save one outstretched hand. But for this, it would have been difficult to detach its figure from the night, and separate it from the darkness by which it was surrounded.”  Stiff, booze forward, and as dark as we could make it, our Ghost of Christmas Future blends Lemon Hart Navy Spiced Rum with Carpana Antica over a cube of frozen coffee. The flavour changes as the cube melts, for as Scrooge tells the Ghost; “The night is waning fast, and it is precious time to me, I know. Lead on, Spirit!”

Stir on ice, serve over a coffee ice cube with an orange twist. 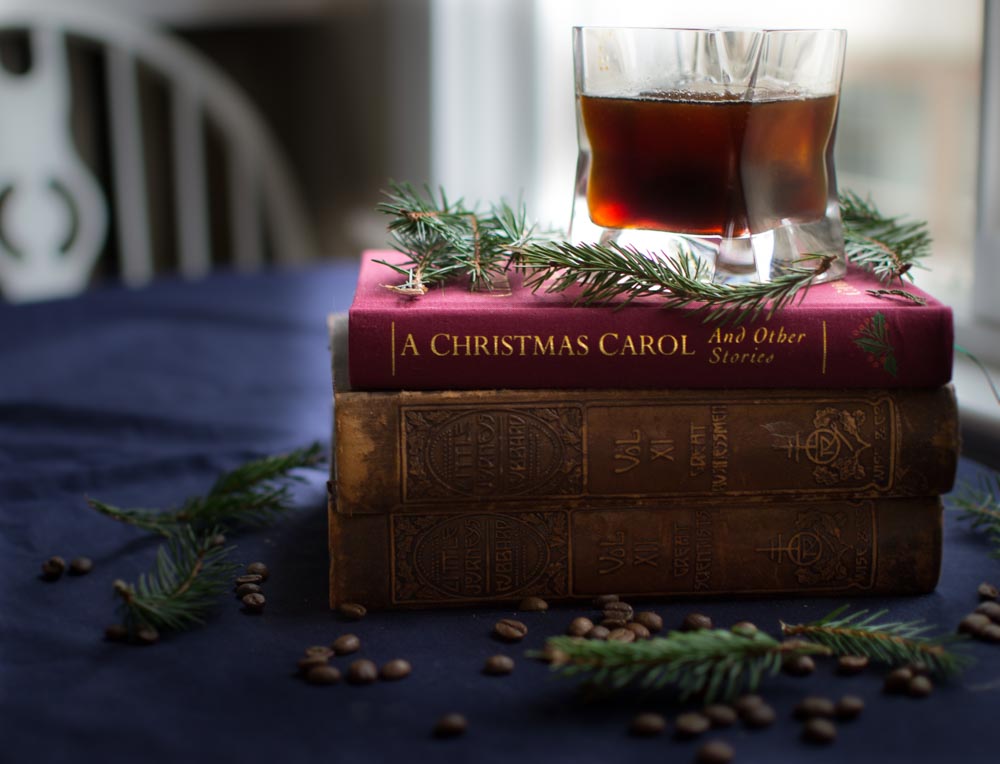 In one week’s time, Vancouver’s Science World will be transformed into a cocktail lab wonderland.  On February 4th, 2016, Science of the Cocktails…