A brief warning to those with an aversion to cheese-ball-ness. This post has all the cheese. If that’s not your jam, feel free to skip this one. Consider yourself warned.

Last week my husband and I celebrated our third anniversary which, in a way felt rather strange for us as we’ve known eachother for more than half our lives and dated for 11 years before we got married (as Blair likes to say, it was a rather long test drive). What’s more on August 13th, a mere ten days later, we will celebrate what would have been my grandparents’ 70th anniversary. 70 years. There are no words. 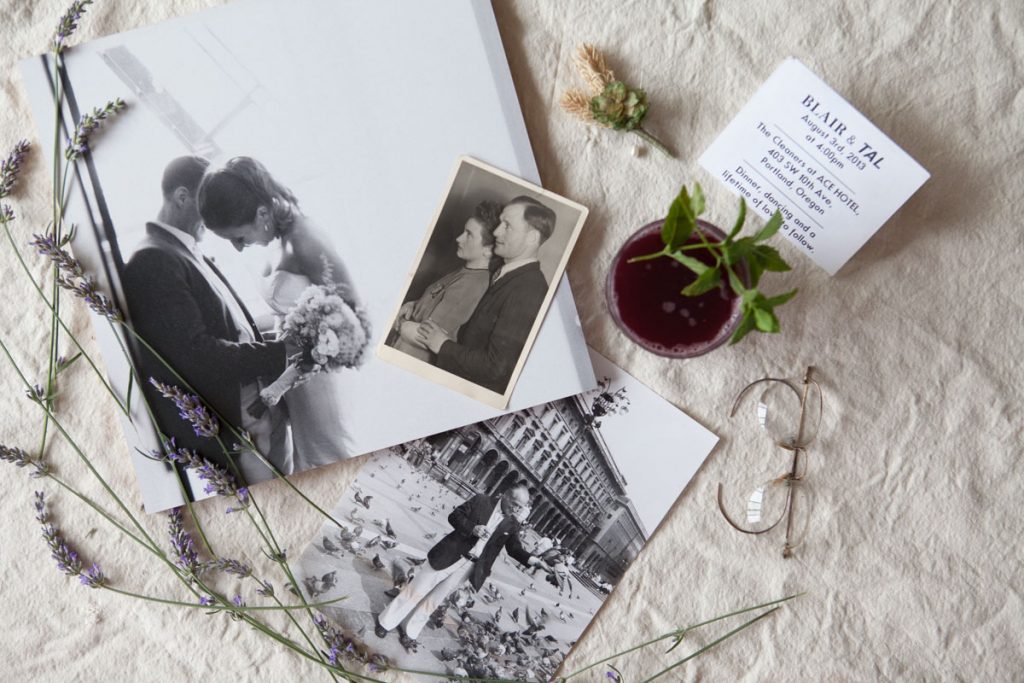 This past December my grandfather passed away 11 days before his 95th birthday. Survived by my grandmother, those 69 years of marriage hold love and tenderness, anger and frustration, conflict and determination, and a resolute dedication to one another. Sometimes it was hard to make sense of their relationship because it looked so different from my own. But every time my grandmother walked out of the room and my grandfather, in his thick Polish accent, called after her “Sala! Ver arrr you going?” I knew they were tethered to one another in a way I may never understand, a way the defies the laws of life and death.

My grandfather’s passing taught me so many important lessons but on the occasion of my anniversary, one in particular stands out- that love is inherently risky. To love someone as much as my grandmother loved my Zadie, to love someone as much as I love Blair- the risk is built in. For hurt. For sadness. For loneliness and loss. I saw it on my Bubbie’s face. Even with the quibbles and the arguments, the differences of opinion, the tensions inherent in any long-term relationship, 69 years together wasn’t enough. She could have held his hand into eternity. 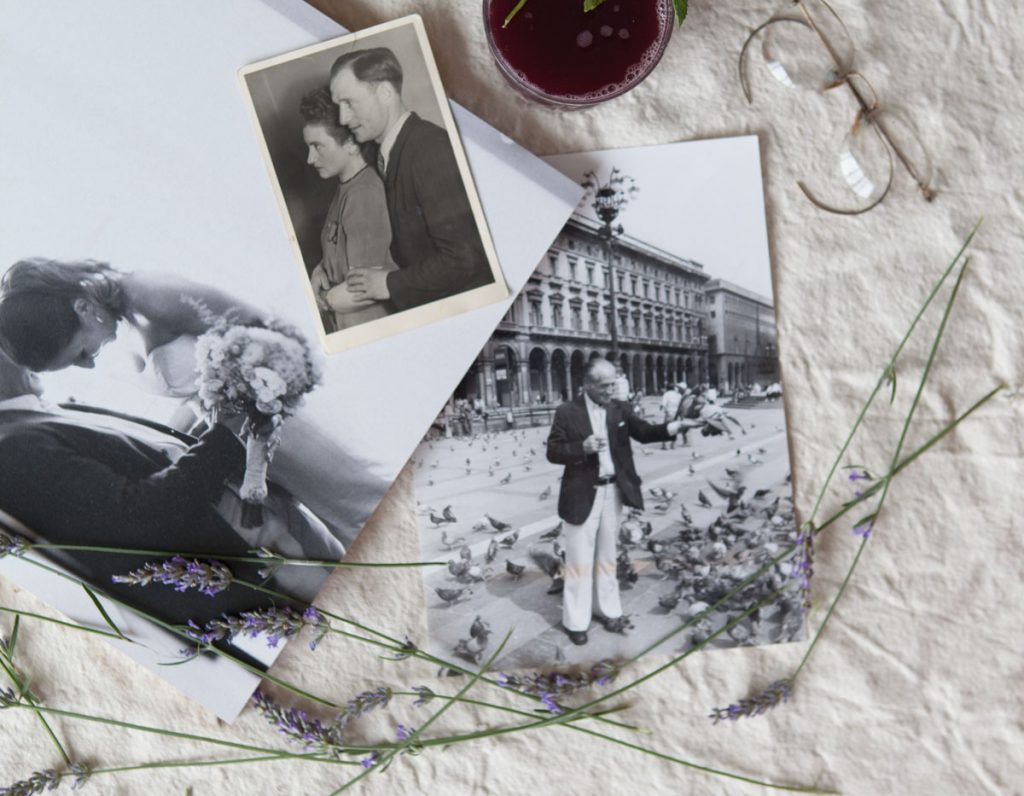 And so at the dawn of the 3rd and the eve of my grandparents 70th, I’ll leave you with this: I don’t think it’s enough to love someone and take the rest for granted. I think you have to be aware of the risk of love and consciously choose it anyways and not as a one off. Not just on your wedding day or your anniversary but everyday. To be aware that love and loss run along the same beautiful spectrum and I’ll gladly choose them both if it means I get to celebrate a 4th and a 5th and maybe one day, if I’m really lucky, a 70th. Because if this bet pays off the way I think it will, then I’ll be sitting next to Blair in 67 years, kissing each and every wrinkle on his 101-year-old-face, and tossing a knowing wink at the universe because despite the odds, we both know that choosing that risk was the best bet I ever made. 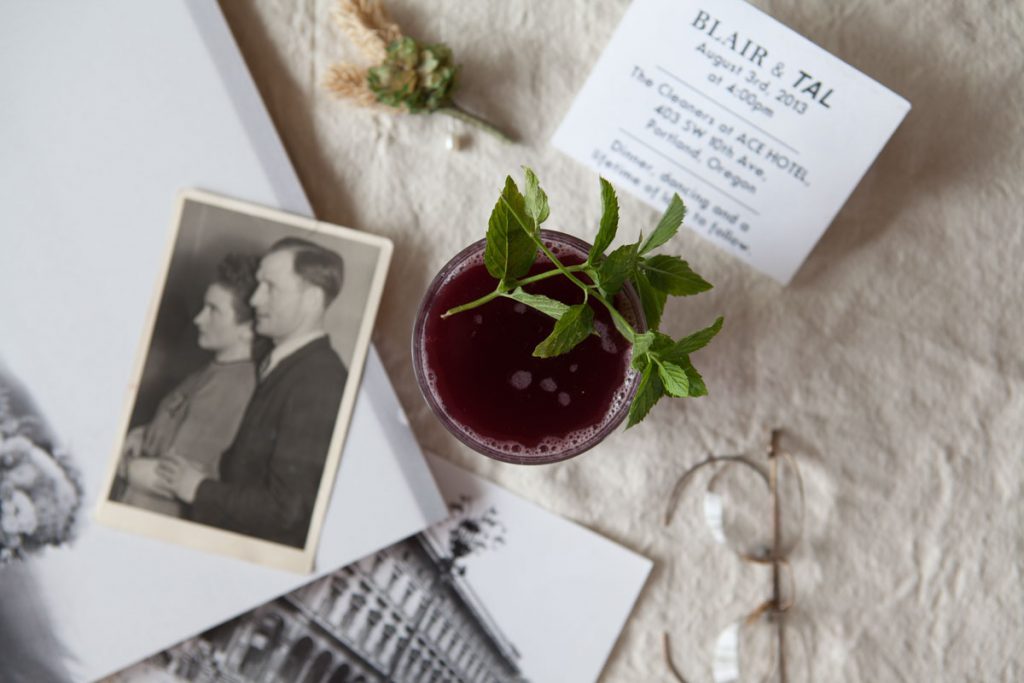 Now, in honour of what would have been my grandparent’s 70th anniversary, I thought I’d pay homage to the one drink they always had on hand when I’d come to visit- a cellar stocked with Manischewitz grape juice- not wine….grape juice. Even from 19 onwards, Blair would get an offer of whiskey and they’d still say to me, “We have your favourite….” whilst holding that Dimetapp-coloured bottle. Don’t worry friends, I will spare you the sickly-sweet Passover staple. However, as a loving nod to my past, I give you the Port and Tonic- another sweet wine (albeit one far more palatable) combined with tonic water is insanely delicious and my new favourite drink this summer. The most simple. The most delicious. Cheers to 3 and cheers to 70. Thanks for partaking in the cheese-fest y’all.

There’s something to be said for a Friday night bartender- that person whose bar you want to sit at after a never-ending week. And…