Cocktail Of The Day- because it’s always cocktail hour somewhere in the world. Today’s #COTD is brought to you by the man that puts the “two” in Two For The Bar- Blair Turton. Blair developed The Weak Alibi as a play on a French 75 crossed with a Dark and Stormy. A French and Stormy? A Dark 75? Either way, it’s delicious. 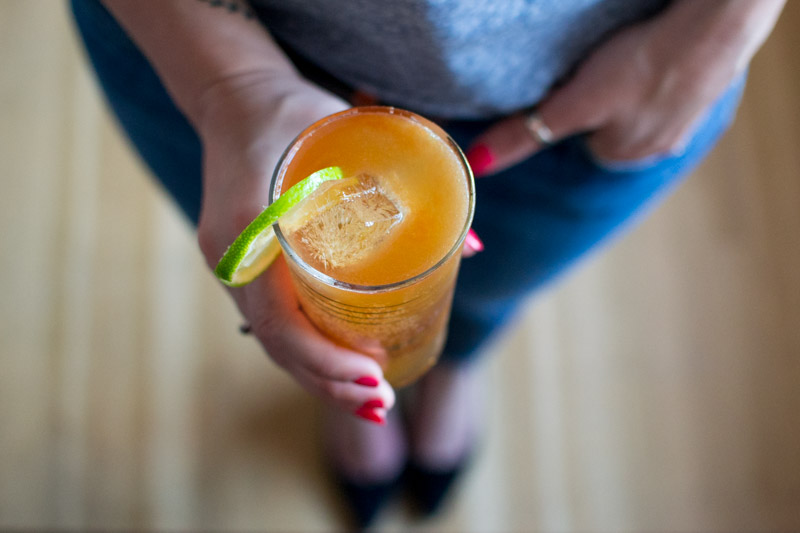 Combine rum, lime juice and simple in a shaker. Shake over ice and strain into a Collins Glass over ice. Top with Lonetree Ginger Apple Cider and an Abbott’s Bitters float.

The ginger from the cider and the spice from the rum add bite to an otherwise crisp and tart summer drink, reminiscent of a punch. Be careful though. It’s easy drinking but stronger than it looks and if you have one too many, it may lead to a weak alibi….get it?

There’s something to be said for a Friday night bartender- that person whose bar you want to sit at after a never-ending week. And…