I recently had a conversation with someone who said they thought PDT was no longer a bar. Not that it isn’t monumentally important, but that it transcends the category and has grown into something beyond what the title “bar” can capture. And I understand the sentiment. Because when I crossed the threshold from hotdog restaurant to phone booth to cocktail bar, it was like passing through a living, breathing myth. 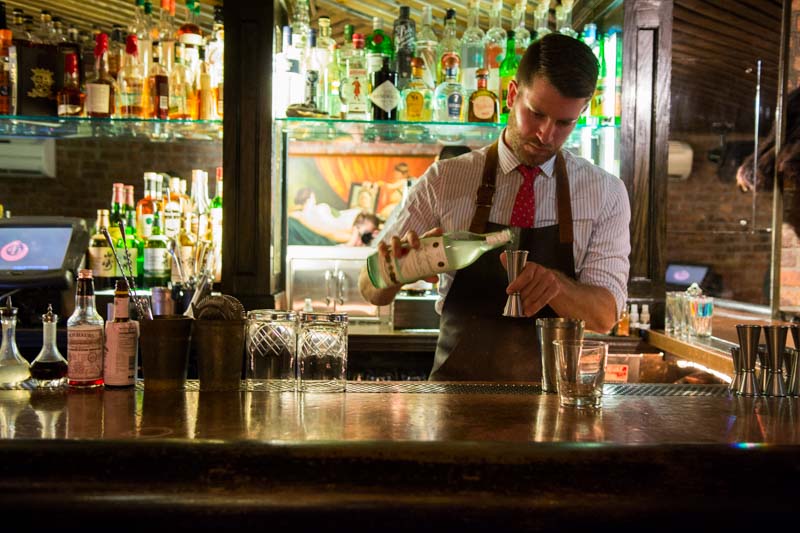 I’ve been writing about cocktails for about three years and PDT has been on my bucket list since the beginning. Predictable, I know. Unoriginal, I know. Cliche, I know. But I don’t care. It’s important. It’s an integral piece of the craft cocktail renaissance without which the picture is incomplete. If there is a canon of New York bars that were responsible for the golden age of cocktails we are experiencing today, PDT would be a part of that list (along with Pegu Club and Gramercy Tavern and Rainbow Room and so so many more).

Back in November of 2014, I had the pleasure of sitting down with PDT owner and previous bar manager Jim Meehan. One of my favourite moments of our interview was when Meehan spoke of his bar team in New York.  “We at PDT have a team like no other. We are this awesome, little dysfunctional family….They are all warriors and the bar itself has that mentality. We are like the cockroaches of the bar industry and we are going to be around through that next trend and just keep going.” 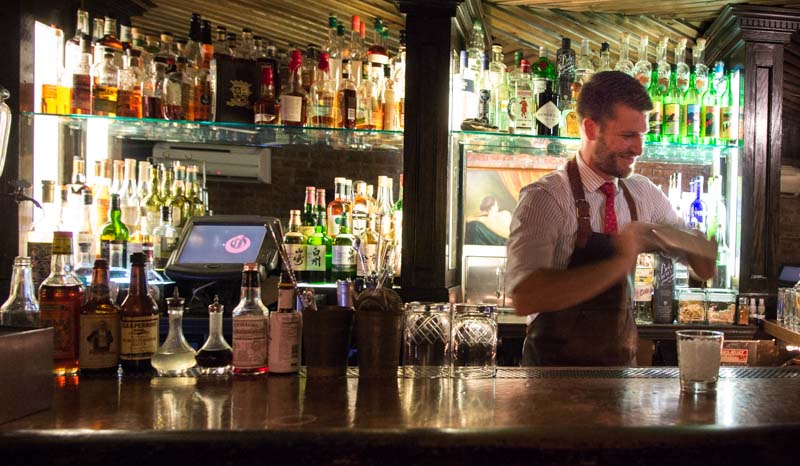 The caliber of bartenders that have moved through it’s doors is unparalleled (not least of which is the lovely gentleman pictured above- award winning barman and current PDT GM, Jeff Bell). When I arrived before service on a Friday afternoon, Jim’s thoughts on his team were foremost in my mind as the staff worked effortlessly together to ensure all elements were in place before service began. The phone was ringing off the hook with calls from eager patrons looking for a reservation, their hopes undoubtedly dashed when minutes after 3pm the hostess informed them that they were fully booked for the night (as they are every night). 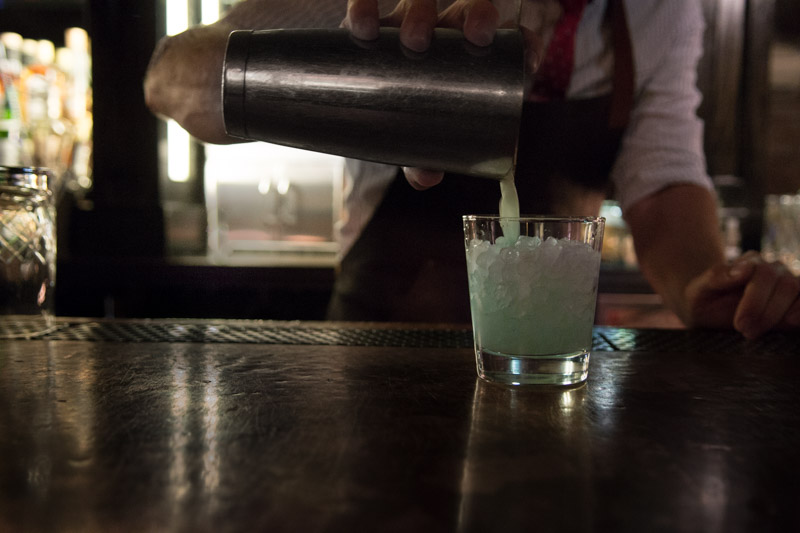 Sitting in PDT was simultaneously familiar and completely new. I couldn’t shake the feeling that I had been there before. The look of the ceiling, the feel of the bar, the lighting and the seats, the weight of the glass in my hand all induced a strange sense of deja-vu. And yet for all the times I imagined being there, it was brand new and completely surreal. But for all the parts familiar and strange, when Jeff Bell asked me for my drink order, I immediately knew what I wanted. If you find yourself sitting at the bar at PDT, there’s a good argument to be made for requesting the Benton’s Old Fashioned- a rich combination of bacon fat washed bourbon, maple syrup, and bitters, and quite possibly the most notorious drink on the PDT menu.

But I had the good fortune of sitting down with previous PDT Bar Manager Sean Hoard last October. He spoke ever-so-fondly of The Shark- a blue monstrosity of a cocktail created by John deBary combining butter-washed rum, blue curaçao, Frangelico, heavy cream, pineapple juice, lemon juice, cane syrup and Bittermens Elemakule Tiki Bitters. On paper it sounds insane but in the glass it is perfection. 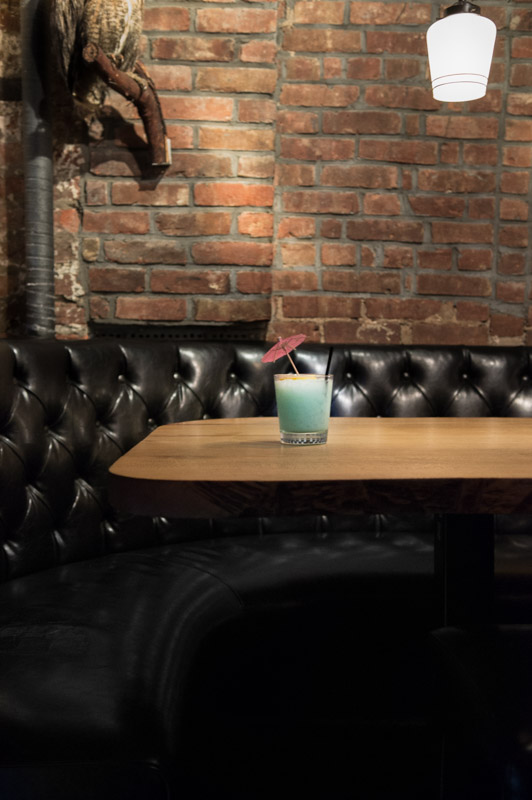 If you love cocktails you undoubtedly have your own bucket list of big name bars and tiny hole in the wall joints you’d one day like to visit. PDT is a bonafide institution with eight extraordinary years under its belt. It’s one of those rare spaces that not only meets your expectations but exceeds them, hotdogs, phone booth and all. I am forever thankful that I got to check this one off my list and plan to return as often as they’ll have me.

For those of you that know me personally, you’re probably aware that Blair adores Christmas. For those that don’t, coles notes- my husband is…