Welcome to the second edition of The Guest Shift with Shanna Farrell (the first can be found here). Shanna is an Oral Historian based out of UC Berkeley with a particular interest in cocktail community and culture. She is currently working on a book detailing the Bay Area’s contribution to American cocktail culture. In advance of her book release, she has graciously agreed to share some of the interviews she’s conducted as part of her ongoing work. If you’d like to learn more about Shanna’s work, purchase an advanced copy and support her fundraising efforts for her book’s artwork, click here!  And with that, here’s an excerpt from Shanna’s interview with the owner of Emeryville’s acclaimed bar, Prizefight- Jon Santer. 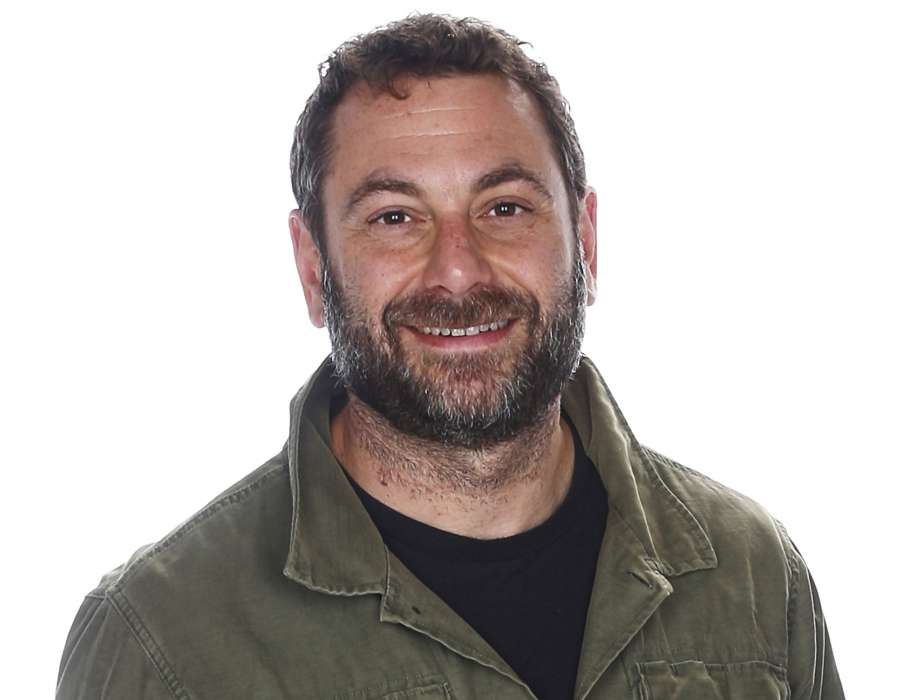 I first met Jon Santer a few years back in Los Angeles while I was auditing BarSmarts, although we both lived in the Bay Area. I had just turned 30 and had my birthday at Prizefighter, his bar in Emeryville, CA. I introduced myself and told him about my oral history project, and he humbly offered to help in any way he could. Fast-forward to a few years later and he is working on the portrait photography for my book, as well as serving as one of my vastly smart and talented narrators. I couldn’t be more thrilled. 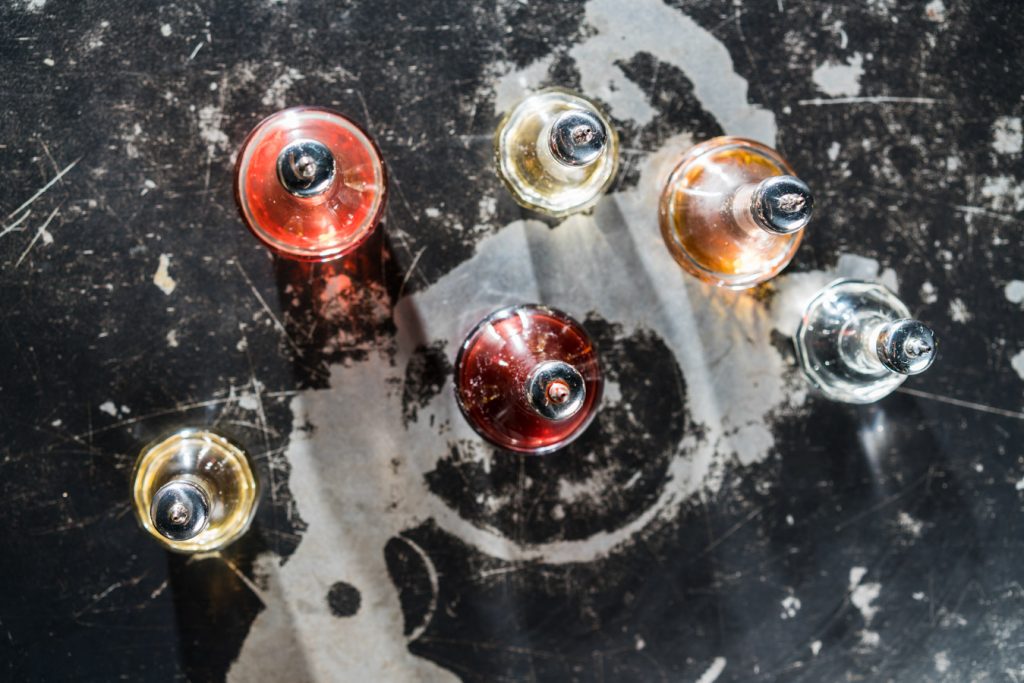 My interviews aren’t just about cocktails, but the lives of those who shape American cocktail culture. The excerpt below illustrates how textured our lives are beyond the glass, something I’m fortunate to be able to explore with my narrators. Jon is from Massachusetts and lived in Bozeman, MT and Santa Fe, NM before moving to San Francisco in the early 2000s. Before he chose to open a bar, he majored in creative writing in college with the desire to be a novelist. 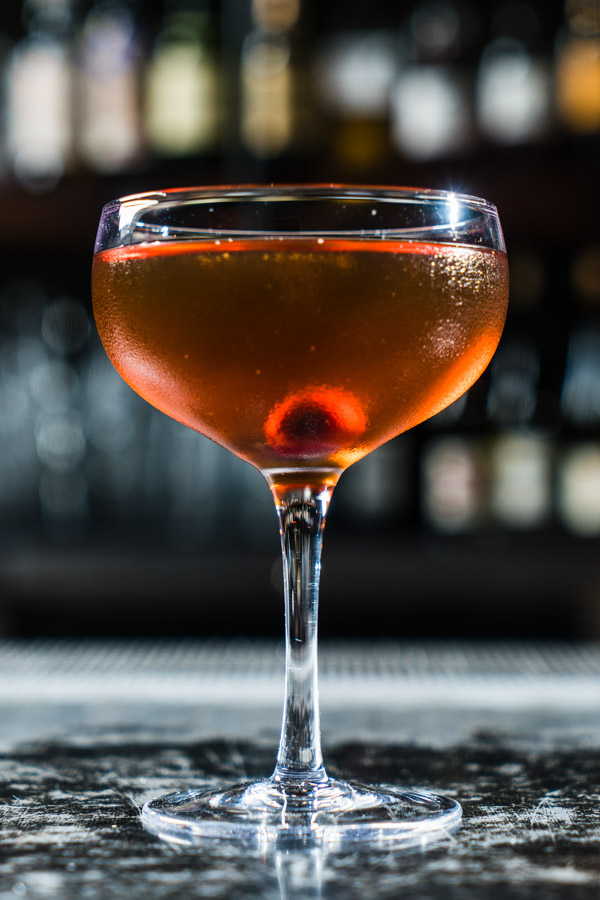 Can you tell me about who some of the writers were that you read growing up?

Santer: High school was kind of the starter course for people who might be into books later in their life. So, it was Salinger, a lot of Stephen King, fantasy books, and Sci-Fi.  I read Robin Cook because my mom had it around, things like Coma, and all of the other books that were like Coma but aren’t called Coma. I liked storytellers. I like John Irving a lot. And then in college it was the cannon of new American writers like David Foster Wallace, Don DeLillo and Philip Roth. There was poetry too, like Jorie Graham. I’m a big fan of Margaret Atwood even though she can really kick your ass sometimes. Barry Hannah was a big time influence of mine. I love him. He’s a vastly underrated writer of our time.

After you left Montana and went back to Boston, what made you want to go to school for creative writing?

Santer: I was keeping a journal the whole time I was living in Montana. Even when I was in art school I was keeping a journal. I had this older friend named Paul, who was kind of a maniac, who I really liked. And he was smart. I really like smart maniacs, as it turns out. At one point, he told me that I shouldn’t be in art school. He said, “You already know what you should be doing. You’re already doing it.” That got me thinking. I was always reading and writing, so I figured I should go to school for writing.

At that point, what were your career aspirations?

Santer:  I think I wanted to be a novelist. I didn’t want to be a journalist, I knew that. I’d been out of school for two years and I’d been working the whole time.  When I went back, I was one of the older people living on campus. I was as old as the seniors or the juniors and I felt like I needed to take school very seriously at that point. So I just immersed myself in college. The College of Santa Fe was small enough that you could be as active as you wanted to be. I worked on the literary magazine that they published every year. I really liked it.

What was your first job when you moved here?

Santer: I was trying to get a job as a bartender because I had been working at that club all those years and those guys seemed to have fun and have a lot of spare time. I wanted to write and then tend bar at night. I didn’t realize that bartending was a viable career. This whole thing hadn’t happened yet. I was shopping my resume around town trying to get a bartending job. I was so ignorant as to how these things worked. I had no idea. I thought they would just hire me because I like had two hands and I was a hard worker and I could learn anything. I had this resume that had no experience on it. It had all of my college accomplishments on it and my work in the publishing house, but nothing in restaurants.

At some point some nice restaurant manager said, “Listen, you seem like a pretty smart guy. Why would I hire you over somebody who has restaurant experience? Why would I take that leap when there are other people who have resumes that have all kinds of experience on them?”

I thought, “Oh, right. That totally makes sense.” So I went home and I tore up my resume and I just wrote a new one. I just made one up. Total fiction. I had a degree in fiction, so I just wrote a resume. I started to get callbacks on that resume, but I no idea what I was doing. So that was the next step.

I had this audition at Oritalia, which was across the street from Tunnel Top bar and it was a fusion restaurant, if you remember what those were. It was Asian and Italian food. I didn’t understand anything. I read a couple of books about how to be a bartender and took notes, but you can’t learn to bartend by reading a book.

They had given me a copy of their cocktail menu. Nobody measured anything then, everybody counted. There was this woman who was training me and I was mystified by how she could get the drinks to be at the same level every time; I hadn’t figured out yet that you should count. I was just eyeballing everything. I thought that they were going to know that I didn’t know what I was doing, but they didn’t somehow. Or they did, but they didn’t care as much I thought they would. I just tried to never stop moving. If I didn’t have anything to do, I just cleaned something. I made the bar really neat and was really nice to the people sitting there. But, I just thought of it as training.

As I was trying out there, this new restaurant opened up in North Beach called Glow. They hired this guy named Todd Smith as the floor manager and he had opened up lots and lots of restaurants in San Francisco. We had a week of training, which was really cool because we got to learn about wine and points of service. It was great because it was all stuff that I didn’t know.

It was next door to Enrico’s, where Marco Dionysos and David Nepove were working. The Black Cat was across the street and they also had some talent in there. Because of Todd, and because it was in North Beach, I was suddenly in this environment with these guys who really took bartending and cocktails seriously. They knew all kinds of cocktails and they would talk about them. I remember after getting the job at Glow, and then hanging out with those guys after work, they would talk about work. I was always surprised by that because I thought this was a thing you did so you could so something else. It was a way to pay rent so you could pursue whatever your dream was. I realized that I was way, way, way behind. I wanted to live in this world of guys who know every bottle and all of these drinks and have stories about the guys who make them. Santa Fe was just Jack and Cokes as fast as you could, and this was not that. So I went to work a lot.

I was living in Oakland at this point and I would come into the city on the days I was working. I would drop my stuff off at the bar and go to City Lights [bookstore] if I wasn’t working on cocktail stuff. I would sit in the poetry room and sit and read and write stuff. But, I was always around the bar. It was home base. I kind of lived in North Beach.

What was it that made you want to be around those guys? Did you want that sense of community?

Yeah, I think I did. These guys were really good at what they did and I wasn’t. I wanted to be good at it. I learned a lot from watching Marco, honestly. I would drink soda water and watch him move. He was really fast and efficient and he looked good. He did things in a way that I hadn’t seen anyone do before and he took it really seriously. The guys at Enrico’s were really fast and they were having a good time. They were eight deep, always. They made hundreds and hundreds and hundreds of Mojitos. They would line them up ten or twenty at a time. I liked the energy of it. I liked being in the party without being at the party. I like the physicality of bartending. I didn’t plan on making it the focus of my life, I just wanted to get good at it.

For Santer, this was the gateway to a new career. He was welcomed into the North Beach cocktail community, an experience that helped him carve out his space in the Bay Area’s cocktail revival.

Cocktail Of The Day- because it’s always cocktail hour somewhere in the world. For the summer months, we’ve round up a few warm weather sippers…