If you’ve been following the blog for a while, you may recall a little recurring series we had going called Bottom Of The Barrel. This project of sorts was a collaboration between myself and the ever-amazing Joann Pai of Acorn Mag. A confluence of events led to a brief hiatus in the series. These events included 1) Joann moving to Paris and my heart breaking a little bit and 2) My much needed vacation. 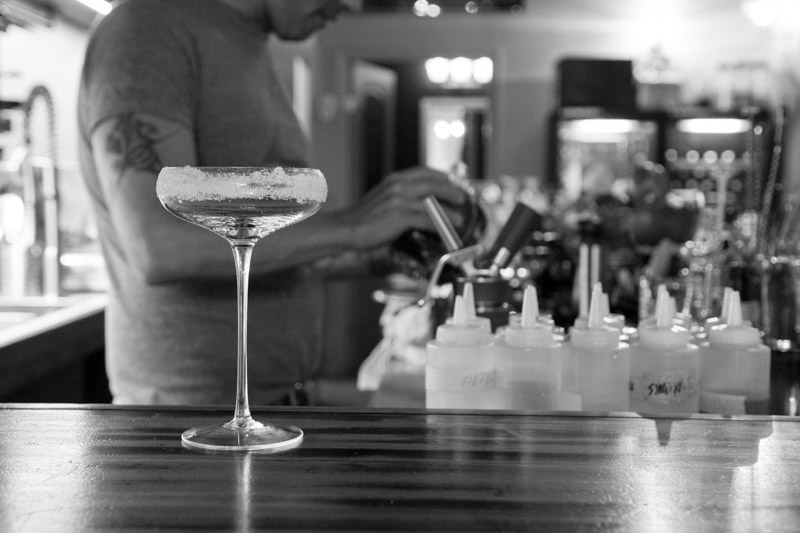 I’m happy to report that my heart is healing nicely and I’m rested, rejuvenated and ready to have at it. We left off with Mr. Tarquin Melnyk of Bambudda making a delightful cocktail out of the stinkiest fruit on the planet (durian). Melnyk then called out H of Noturrno and tasked him with making a cocktail using Apple Flavoured Crown Royal…..Yum! H reluctantly agreed to the challenge under one condition: no photos of his face. The man hates having his picture taken (which I can relate to. It’s why i’m most often behind the camera). Luckily, his cocktail makes for a pretty picture! 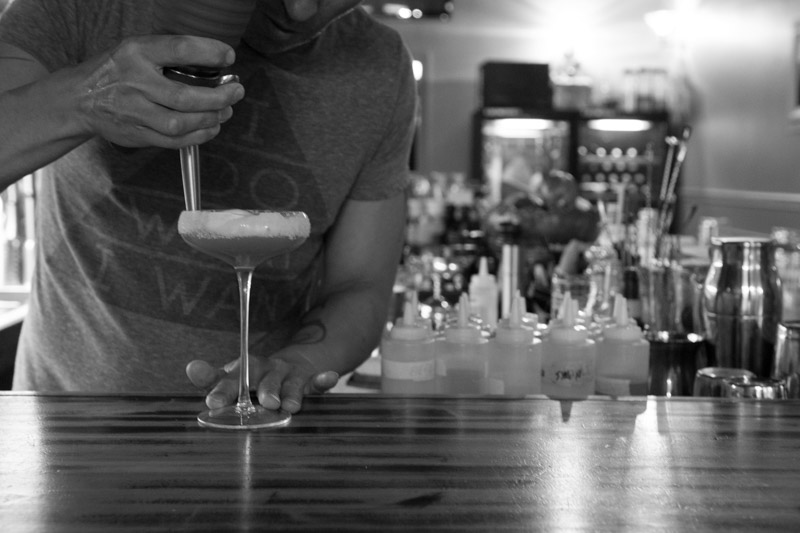 Shake all ingredients over ice and fine strain into a chilled coupe rimmed with a housemade extra mature cheddar cheese powder. Topped with a molecular apple foam and a smoked hickory and bacon perfume. 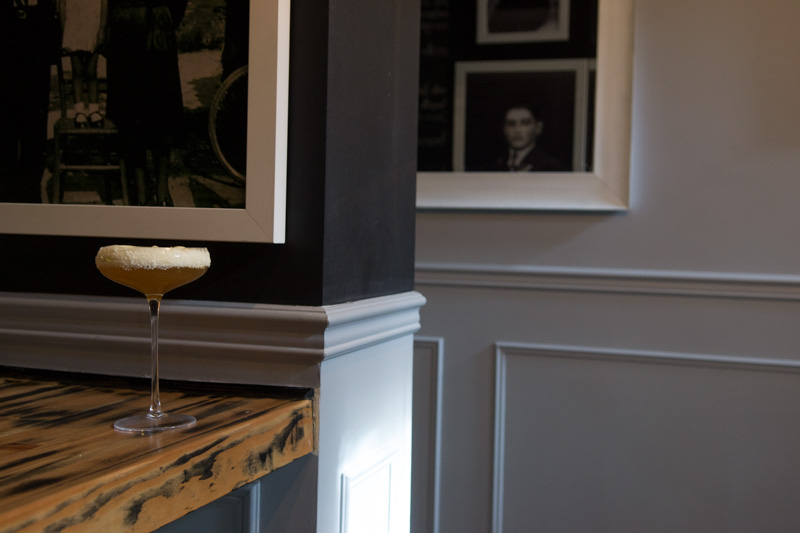 This cocktail was CRAZY but in a great way. It was sweet and smoky and savoury and rich. In exciting news, it sounds like H will be adding a variation of this cocktail to his menu in the fall, ditching the Crown in favour of Mezcal. So if you’re interested in trying it (and seeing what H actually looks like) you can head to Notturno in the fall and order it for yourselves!

Kacee didn’t always want to be a bartender. In the 8th grade, she had aspirations to become a lawyer but the realities of time…