September 1st in Vancouver seems to be an invisible line of marked change in the city. I’ve lived other places where late summer lingers until the early days of October. The heat holds steady and even with the changing autumn light, the sun fights its losing battle well into the late evening. Not in Vancouver. September 1st the chill sets in and I find myself pulling wool sweaters out of storage and removing my sundresses from my closet, surrendering my futile hope that the cool evenings are only temporary. It’s a bitter sweet transition, one that brings with it a renewed sense of motivation. It must be a kind of muscle memory of that back-to-school exhilaration- the scent of sharpened pencils,  the possibility in the pages of an empty notebook, a thousand promises to finish all assignments on time. 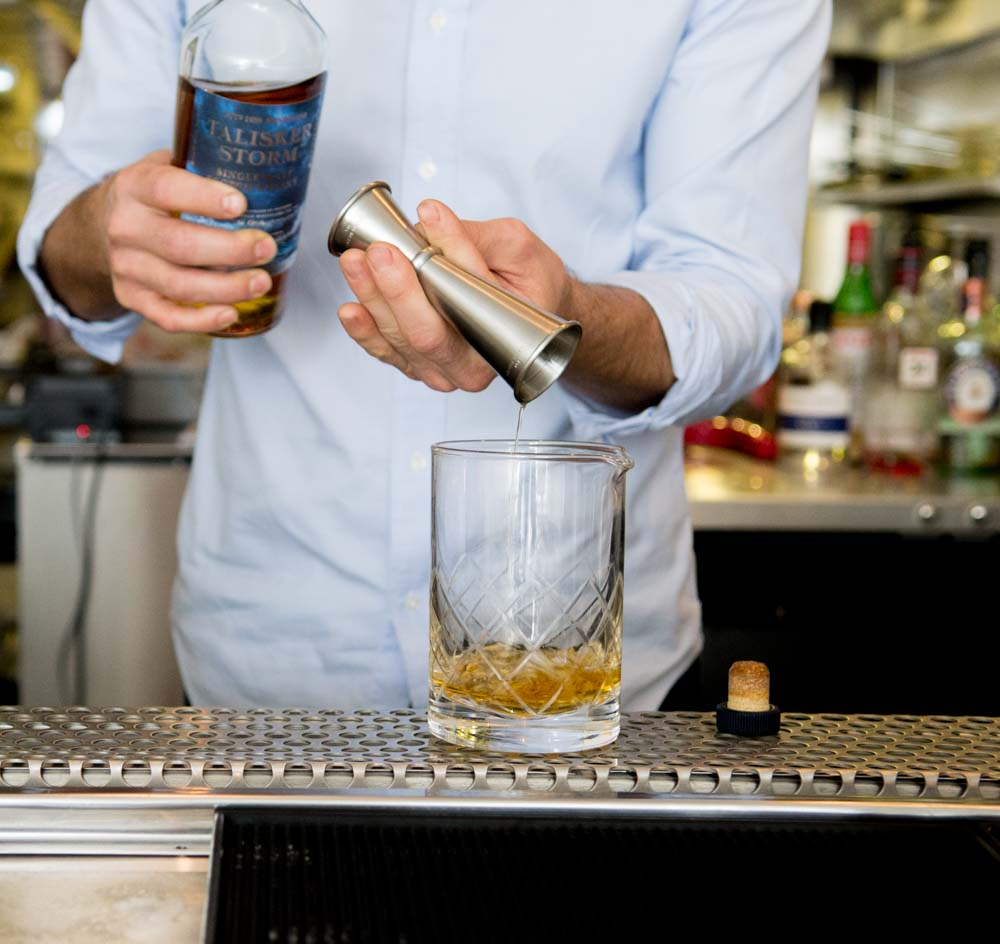 So instead of fighting these last vestiges of summer and clinging to warmer months past, I’ve decided to celebrate the coming fall with a new series of sorts. In a recent conversation with a rather insightful bartender (Sean Hoard- that’s you), it was suggested to me that I consider adopting some of the questions from Inside The Actor’s Studio in future interviews. For those of you that don’t know, these questions are based on the Proust Questionnaire- a series of questions used to suss out certainly personality traits. 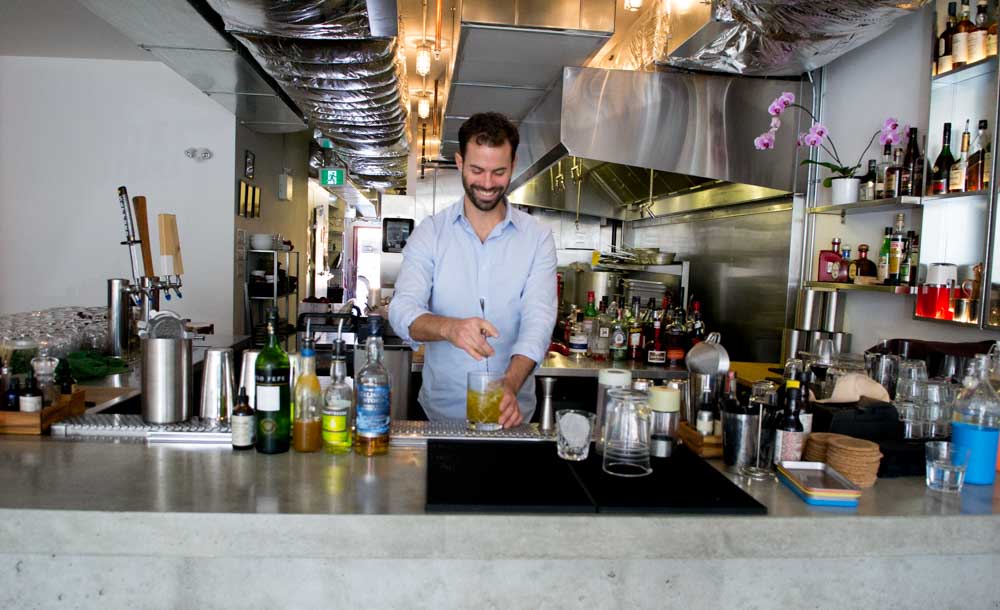 Enter Max Borrowman! I remember sitting at the bar at Fairmont Pacific Rim earlier this summer. Max was still tending bar there at the time but mentioned that he was working on a new project. He would be leaving in the next couple of weeks to head up the bar program at a new restaurant opening in late summer. So when Torafuku opened it’s doors to a lineup of guests every night, I was hardly surprised. The restaurant had already gained traction as the brick and mortar incarnation of the much-loved Le Tigre food truck. And Max was putting his mark on the bar program. I had the opportunity to sit down with him and test out my new line of rapid-fire questioning while sampling some of the new cocktails he developed for his first menu! 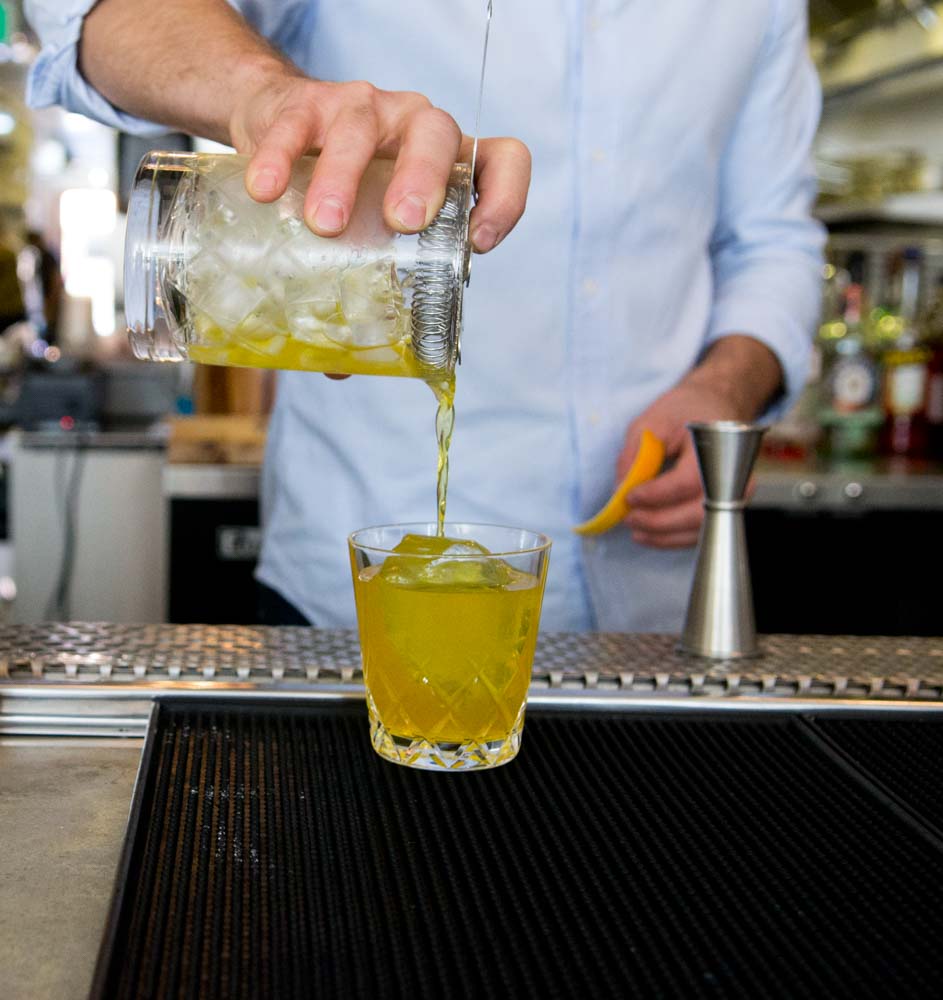 What is your favourite word?
Dictionary

What is your least favourite word?
Copycat

What turns you on?
Getting out of my comfort.

What turns you off?
Being too comfortable

What sound or noise do you love?
The sound of an “x” like six or sex.

What sound or noise do you hate?
The sound of an “n.” Probably because “n” is like “no” as in a negative and I’d rather hear yes.

What profession other than your own would you like to attempt?
Probably stock broking. I have a degree in economics so I always thought I would use it but bartending is much more fun.

What profession would you not like to do?
I don’t think I’d want to be a chef or something where you have to work your butt off literally all of the time. I work my butt off but there’s something to it that makes it seem a little more easy than slugging it out for 16 hours a day, getting your hands dirty and feeling so sore all the time. I did a construction job once and left after one day. I could barely grip anything at the end of my shift. I’m not cut out for that.

If heaven exists, what would you like to hear God say when you arrive?
Good job.

Which talent would you most like to have?
I wish I could juggle. I also can’t roll a joint to save my life. I’ve tried so many times but my hands get really shaky and I have fat fingers [At this point in the interview, Max shows me his hands and I can confirm that he does indeed have fat fingers].

Who is your favourite fictional hero?
Probably batman.

Which historical figure do you most identify with?
Someone who was a little bit out there. Maybe Bob Marley. He went against all the politics at the time. I don’t think I’m particularly political but maybe I’m just against the grain a little bit.

What is your most treasured possession?
Either my liquor collection or my car.

If you were to die and you got to chose what you would come back as, what would it be?
Maybe a lion. Or an elephant because you’re big and important and smart and you still have human-like qualities.

If you could only be known for one cocktail you’ve ever created, what would it be?
A Storm is A-Brewing. It’s scotch based. When I first came to Torafuku, they asked me to use Asian ingredients in the cocktail program. So I started with Scotch because there is a huge consumer market for it in a number of countries in Asia including Singapore, Taiwan and South Korea. This was going to be my crowned jewel for boozy, stirred drinks on the menu. I then brought in Turmeric which has this amazing colour and made a syrup with some nutmeg and cocoa nib to add some complexity. I added Dry sherry and then some Shanghai Rhubarb Bitters from Bittered Sling. The cocktail is made with Talisker Storm. When I was developing the it, I had just left The Pac Rim. We had just started getting Talisker Storm brought in and I thought it was really interesting. There’s a little bit of salinity in there and a little bit of peet.

Stir all ingredients over ice. Strain into a rocks glass served over fresh ice. Garnish with an orange twist. 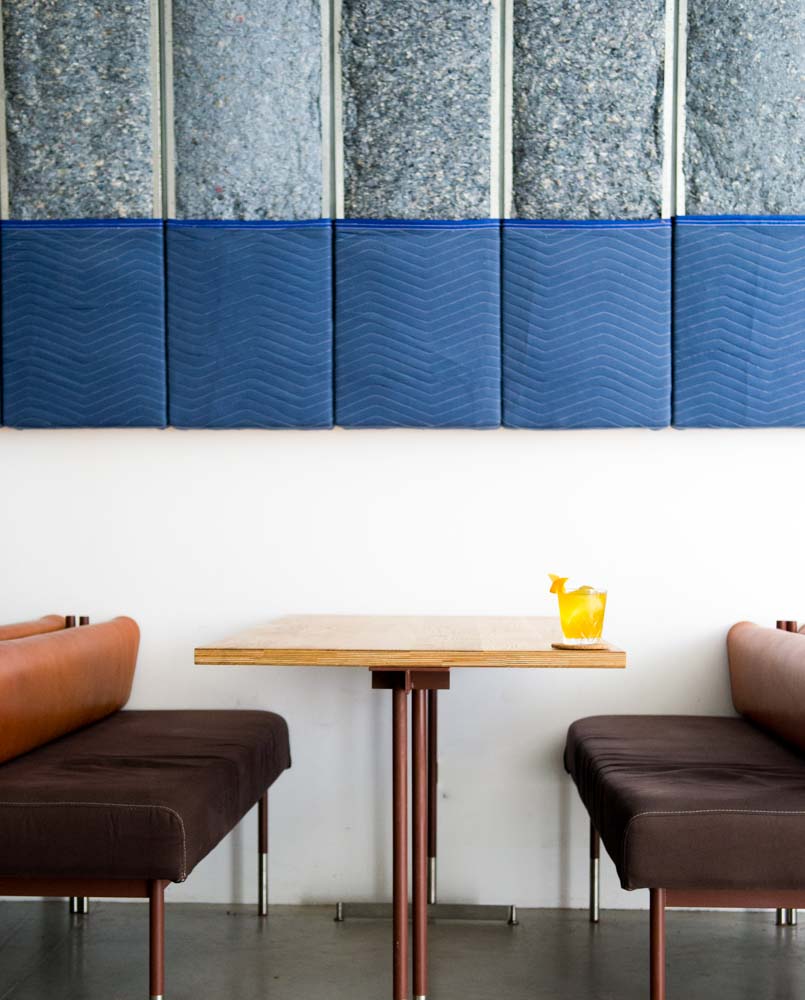 A bright Sunday afternoon in mid-April I find myself driving around Gastown frantically looking for a parking spot. It’s 11:58am. Around the block one…