Lately I’ve been getting requests to write a post on building your own home bar, specifically with regard to bottles, tools and barware. While I am certainly no expert on the matter, I’m more than happy to oblige. In the next few weeks, I’ll do a series of posts on the subject so stay tuned. Before we begin, however, I thought it would to beneficial  to talk to someone that has already mastered the art of the home bar. Bar manager, author and man with opinions, Jeffrey Morgenthaler, graciously allowed me to snoop around his massive collection of bottles. I’m not sure what I expected, but it most definitely exceeded it. 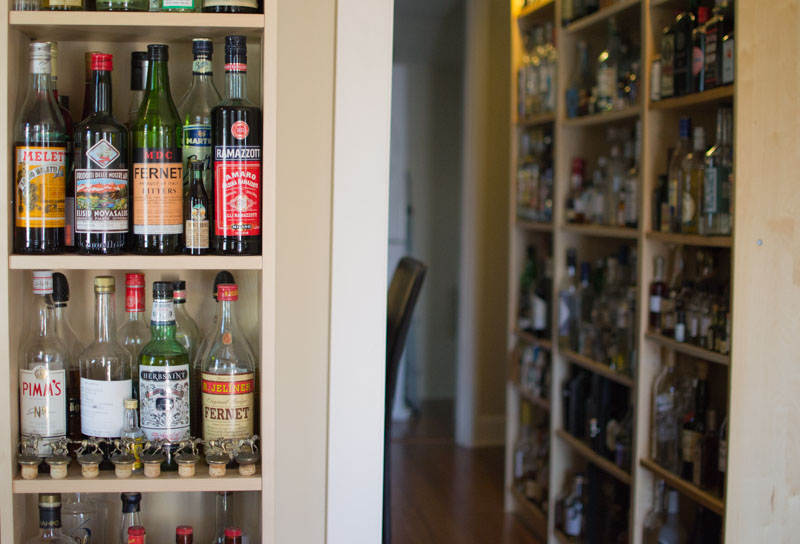 1. What is the most storied bottle in your collection?
I went over to a friend’s house back in Eugene in 2006 or 2007. He had lived in New Orleans. He has a massive liquor collection and he had just retrieved his bottles from after Hurricane Katrina and most of them were trashed. He had all this rare whiskey and one of the ones that stood out was this Bush Pilot Reserve. It’s an old Canadian Whiskey from the early 90’s and it was fantastic. My friend said they were forced out of business by Anheuser-Busch for having a similar name. A few weeks later, I was talking to the owner of the liquor store I buy from and I told him  about trying this amazing whiskey. He told me he had a case of it at home and offered me a bottle. So that’s probably the rarest, craziest bottle in my collection. 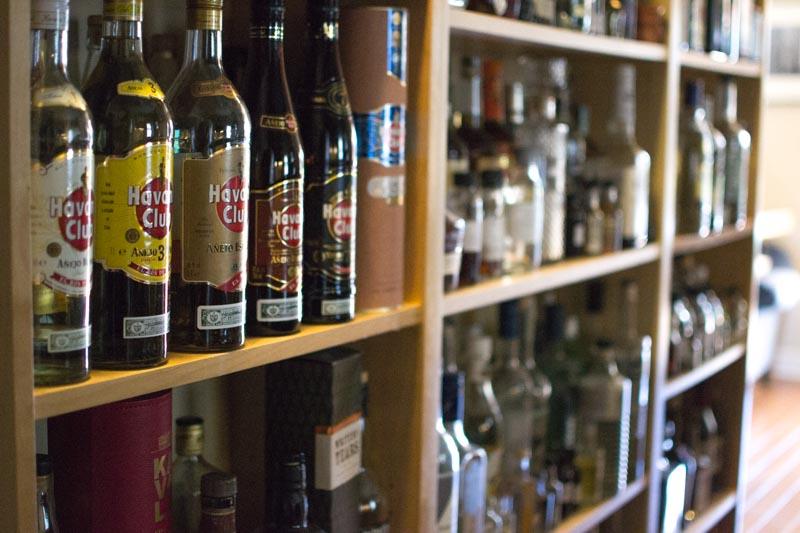 2) Your house is burning down. What is the one bottle you grab on your way out?
Probably the limited edition Lagavulin 12 year cask strength because it’s delicious and I’d want to drink it on the sidewalk while watching my house burn to the ground. 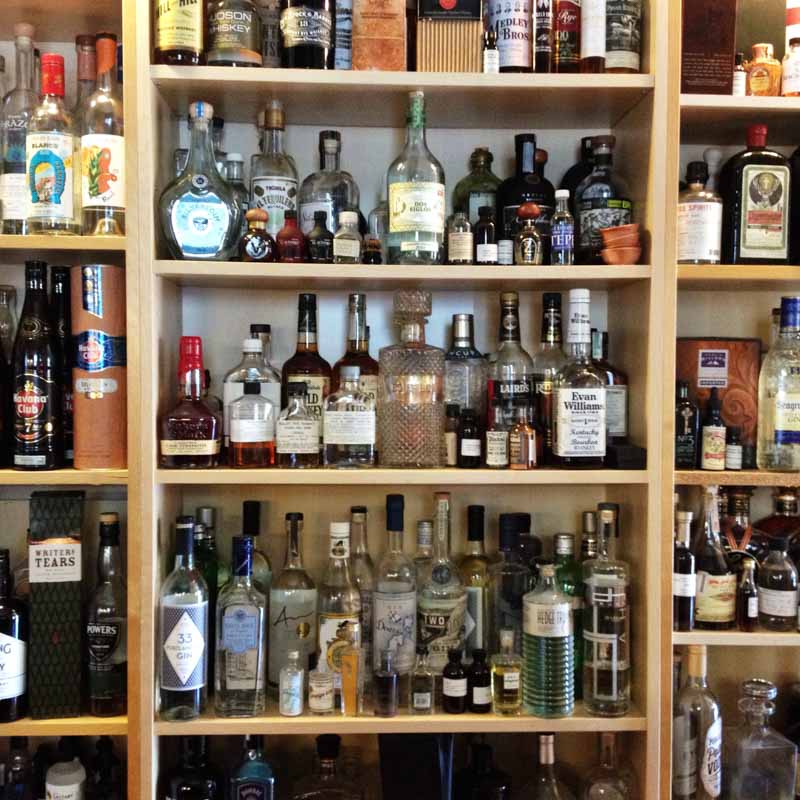 3) What bottle are you drinking most at home lately?
It’s probably the Evan Williams Bonded White Label. It’s cheap. It’s delicious. I can have a slug of it when I get home from work and not worry that it’s something too rare or too fancy. There’s a liquor store 3 blocks away and I can walk there and grab another bottle for $17.00. 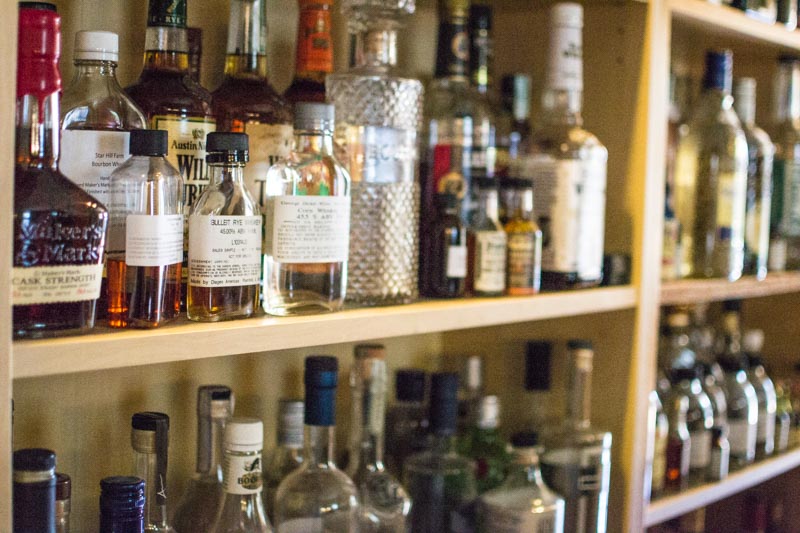 4) What is the bottle you turn to at the end of a hard day?
I picked up a case of late 90’s Herradura Silver. When I have a really hard day and I need some really amazing tequila it’s probably the Herradura Silver. 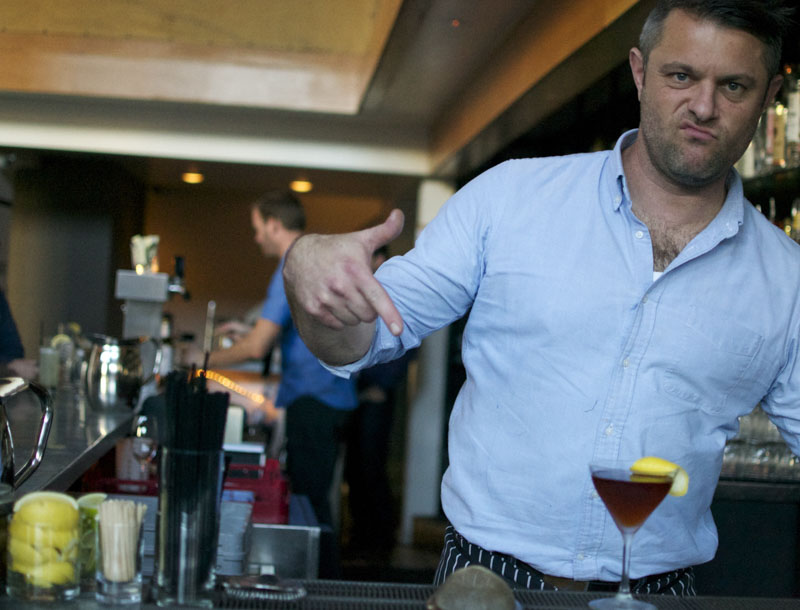 And that, my friends, is how it’s done! Stay tuned for over the next 2 weeks for as much info as I can knowledgeably provide on building your own home bar. Cheers!