I have an irrational fear of getting lost on public transit and ending up hours away from my intended destination. This is why, when I found myself in Brooklyn less than an hour before I was supposed to be at 30 Water Street, I grabbed an Uber. Unfortunately, my irrational fear followed me into the back of the car as the driver had no idea where I was going. “Do you know where Dead Rabbit is?” He looked at me like I was one part crazy and one part terrifying. “Dead what-now?” Enter GPS. We passed the Brooklyn Bridge twice on our way there. I’m not sure how that happened but I managed to arrive a mere 5 minutes ahead of schedule. 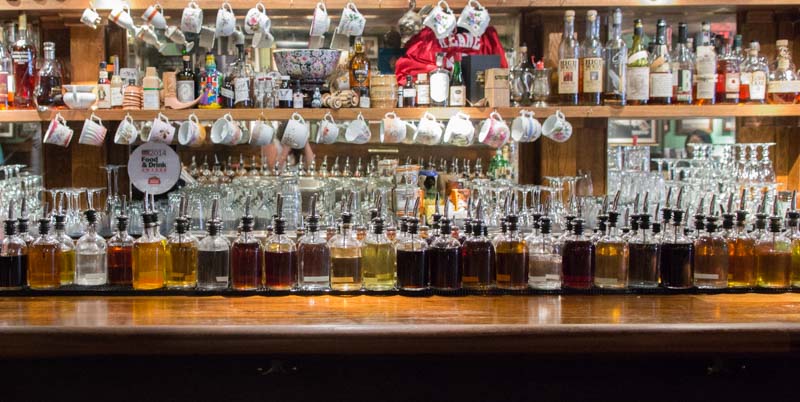 Dead Rabbit challenges everything that you think you know about what a craft cocktail bar is supposed to feel like. Let go of the speakeasy lounge you have in your head and make room for a pub unlike any other. From the main floor Taproom to the second floor Parlour, you feel as though you have stepped into a 19th century style saloon. Since it’s opening in 2012, the bar has racked up an impressive number of accolades including Best American Cocktail Bar, World’s Best Drink Selection and World’s Best Cocktail Bar at Tales of the Cocktail Spirited Awards. It seems, however, that the bar team doesn’t take this as a sign that they’ve made it. Instead they use their success as fuel to constantly improve and push themselves harder, to create and re-create, to find new inspiration and fervent drive to consistently be at the top of their game.

As I enter The Parlour on the second floor, I am greeted by co-owner Jack McGarry. He has meticulously arranged multiple bottles into groups on the bar and appears all-consumed with the task. Moments later, bar manager Jillian Vose arrives and quietly explains “This is what R and D looks like at Dead Rabbit.” Vose and I head up to the Occasional Room on the third floor where she provides me with a thorough and much needed lesson on the history of this award-winning establishment. As fans of Scorsese’ 2002 film, Gangs of New York may have inferred, the bar takes its name from The Dead Rabbit Gang, led by legendary 1850’s boxer John Morrissey, and it’s style and substance pays homage to the Irish American experience in Lower Manhattan at that time. 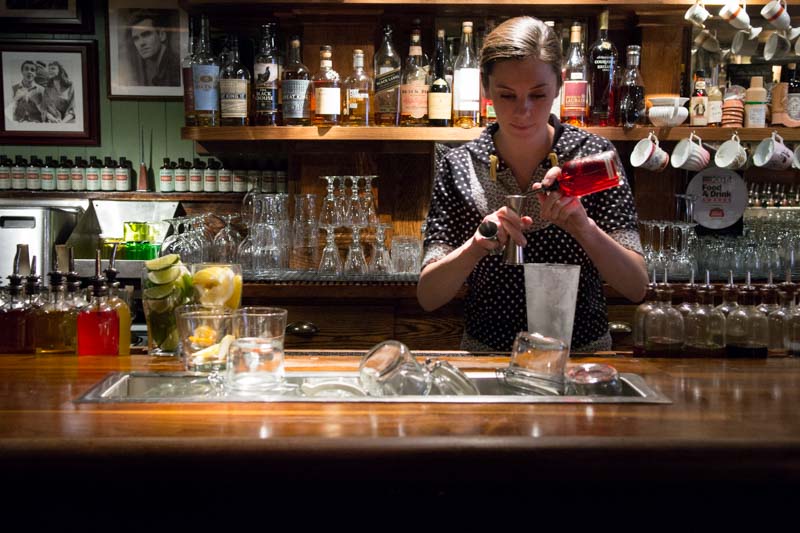 Vose pulls out three versions of the Dead Rabbit Drinks Menu, the most recent of which was debuted this past February.  The menu changes annually with the latest edition consisting of 64 cocktails curated and developed by McGarry and Vose over the course of the year. While previous menus have taken a different format, the latest edition is broken into four seasons and draws inspiration from the life of Father Lewis Pease- founder of New York’s Five Points Mission. 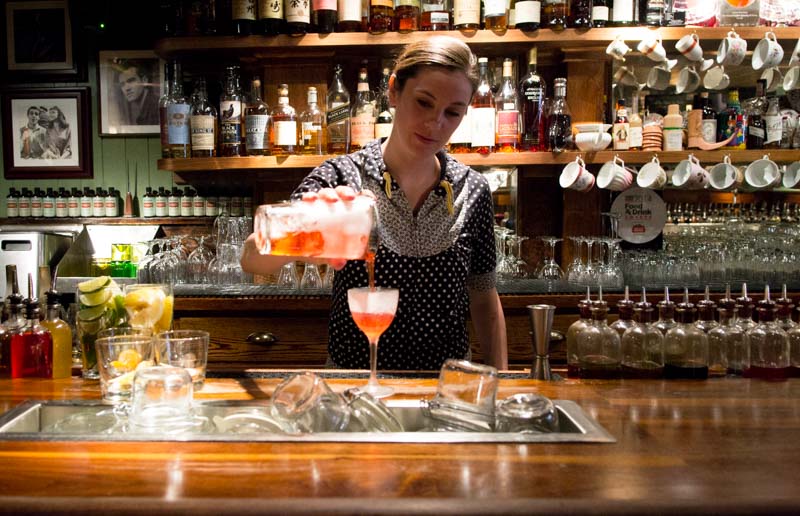 Armed with pertinent details on the history of Dead Rabbit and it’s founders, Vose and I move back down to the Parlour where she makes me a cocktail and shows exactly why she has worked at some of New York’s most notable establishments including Maison Premiere and Death and Co. The Psycho Killer is a Vose original. Bringing together the flavours of cocoa nib, Campari,  banana and Redbreast 12 Year Old Irish Whiskey,  the cocktail is a unique and complex riff on a classic Boulevardier. 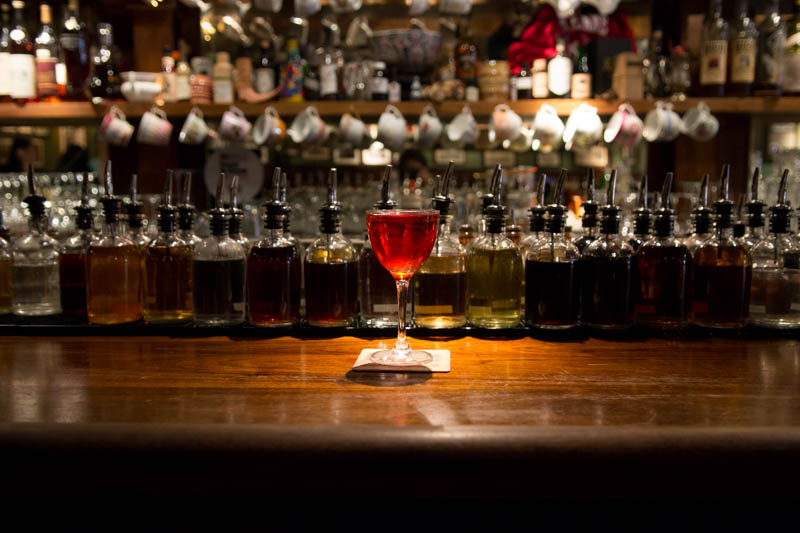 In the interest of being concise, I realize I have sacrificed many details on one of the best bars in New York. Jack McGarry and Sean Muldoon’s journey to opening their award winning bar is a post unto itself. I could sit all day and listen to Jillian Vose talk about her career, her approach to recipe development and her path to New York via Massachusetts and Arizona. But perhaps my brevity will peak your curiosity just enough for you to make it there yourselves (or for those that have already been, to go again and again and again).

A summer  in Vancouver is never complete without a visit to the racetrack. If you’re lucky, you mark your calendars and make it to…